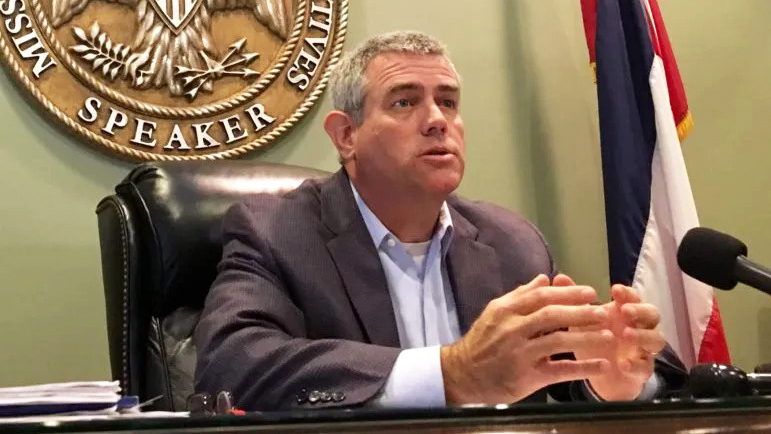 The Mississippi Legislature may end the 2022 session taking credit for a historic tax cut while leaving local officials on the hook to either raise property taxes on their constituents or decide where to make cuts to their school districts.

As gasoline prices rise and overall inflation rates increase, the Legislature is preparing to underfund the program that provides for the basics of operating local school districts by what may be a record amount. The only options for local school districts to deal with the state funding shortfall could be to make cuts or raise local property taxes.

Despite that funding shortfall, the 2022 legislative session still will be recorded as an historic one for public education with the largest teacher pay raise since at least 2000 being enacted. The $246 million teacher pay package has passed the Senate and is expected to be taken up by the House in the coming days. The pay raise will make a substantial difference for Mississippi teachers.

But despite the historic nature of the 2022 session, it still could be considered one of lost opportunities for public education.

While the final budget is yet to be voted on, lawmakers appear on track to fall further behind in funding the Mississippi Adequate Education Program. MAEP, of course, provides the state’s share of funding to provide for the operation of local schools, such as money for teacher salaries, for buses, for utilities, for maintenance and for the other items needed to run a school.

Going into this session, an additional $362.5 million was needed to fully fund MAEP, according to Mississippi Department of Education officials.

Senate Education Chair Dennis DeBar, R-Leakesville, estimated recently during floor debate in the Senate chamber that when the final budget is agreed to later this session, MAEP will be about 10% short of full funding.

In earlier action this session, both the House and Senate in their initial budget proposals increased MAEP funding by about $62 million over what was appropriated during the 2021 session — or about $300 million short of full funding.

Since 2007, the last time the MAEP was fully funded, it has been underfunded $3.1 billion. That number no doubt will grow as a result of actions of the 2022 Legislature. MAEP funding levels are derived by calculating the cost of operating districts that are deemed as adequate based on the state’s performance measures.

In the past lawmakers have used the excuse that there was not enough state revenue to fully fund MAEP — all the while passing about 50 tax cuts. The last of those tax cuts, which will be fully enacted later this decade, was estimated to cost $415 million annually when passed in 2016.

The Legislature wants to cut taxes again this session. The latest tax cut plan being touted this session by Speaker Philip Gunn to phase out the personal income tax and reduce the sales tax on groceries from 7% to 4% will cost about $2 billion when fully enacted or will cost about one-third of the state’s general fund revenue. The first year of that proposed tax cut would reduce the general fund by about $700 million or about twice the cost of fully funding MAEP.

“We have enough money to fully fund the (MAEP) program this year,” said Sen. Hob Bryan, D-Amory. “We are choosing not to. We are choosing to do something else with the money.”

There is enough money because the state is experiencing unprecedented revenue growth and most likely will have a surplus of more than $2 billion when the books close on the 2022 fiscal year on June 30.

Bryan said the cost of operating school districts is increasing because of inflation. He pointed out the rising cost of gasoline and of other items has placed an additional burden on the local school districts, leaving the real possibility that local officials could in the future have to raise property taxes to make up for the shortfall in state funding.

DeBar correctly pointed out that schools will have more money than ever thanks to the teacher pay raise and federal funds provided to fight the COVID-19 pandemic. But those funds cannot be used to buy a gallon of gasoline, a kilowatt of electricity or a textbook.

“We have funded our schools,” DeBar said. “They are getting a lot of money. We will continue to strive to get closer to full funding, but not at the expense of the other liabilities of the state.”

The real question, though, is whether a record-breaking tax cut is a liability or a choice.