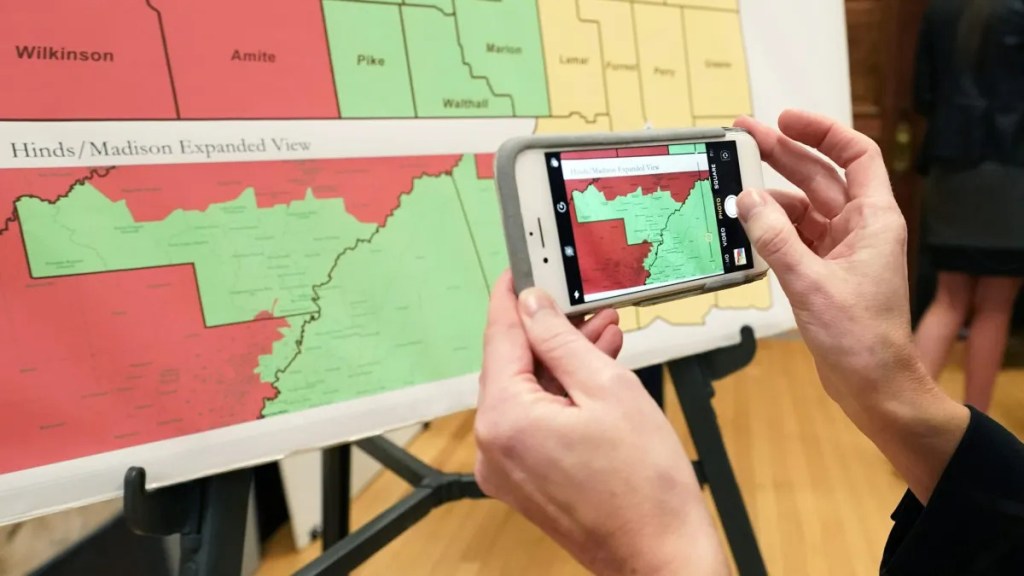 The number of Mississippi’s majority Black legislative districts will remain the same under the redistricting plan unveiled and approved Sunday afternoon by the Joint Redistricting Committee.

The maps still must be approved by the full membership of the Mississippi Legislature.

While some key changes were made in the maps approved Sunday afternoon, the 52-member Senate will maintain 15 Black majority districts and the 122-member House will keep 42. According to the U.S. Census, the state’s Black population is 38%, while the white population is 59%.

The Legislature, based on federal and state law, must redraw the 174 House and Senate districts every 10 years to match population shifts found by the 2020 U.S. Census. The full House and Senate chambers will consider the maps in the coming days before the scheduled end of the session on April 3.

There was little debate Sunday afternoon as the plans were approved in committee. That could change as the proposals are debated before the full chambers and members have more time to ascertain how the changes impact their re-election efforts and the partisan makeup of the Legislature.

Redistricting often is viewed in terms of party politics — whether the redrawn map provides an opportunity for one of the political parties to gain seats. Republicans, holding large advantages in both legislative chambers and thus controlling the redistricting process, appeared to be satisfied with a map maintaining near the status quo.

In the Senate, Melanie Sojourner, R-Natchez, viewed as one of the chamber’s more conservative members, was placed in the same district with Albert Butler, D-Port Gibson, in what will be a 60% Black majority district. With one district being eliminated in southwest Mississippi with the combining of Butler’s and Sojourner’s districts, another district was added in what is viewed as the heavily Republican area of Rankin and Smith counties.

Before the plans were unveiled, Gov. Tate Reeves, who in reality has no official role in the redistricting process, said on social media: “Any plan that reduces the number of districts where Republicans can compete in favor of more easy Democrat wins should not be proposed — much less approved — by either chamber of the Legislature.”

“That district, for 36 of the last 44 years, has had a Democratic senator,” Kirby said, referring to Sojourner’s district. “Because of a loss of population in that area, and to maintain the number of Democratic — majority minority — and Republican districts, we moved that … Where we moved (Sojourner’s) district to is a much stronger – one of the strongest – Republican districts in the state.”

“You can’t help where people live and move,” said Joint Redistricting Chairman Jim Beckett, R-Bruce. “Those two counties, DeSoto and Harrison, each grew in excess of 20,000 people. When they grow like that, and others lose population. It causes a big shift.”

Reynolds is one of two Democrats in the House representing white majority districts. With the moving of that district, it might give Republicans an opportunity to pick up a seat on the Gulf Coast.

Longtime Rep. John Read, R-Gautier, said his district did not change greatly, and he wasn’t sweating it regardless.

“In my district, they can’t go south, because you hit water,” Read said. “You can’t go east, because you hit water … Mine has been shrinking, shrinking in number of square miles, but it’s still the same percentages. But it doesn’t matter — you just have to get out there and run, knock on doors. They either send you back, or you stay home.”