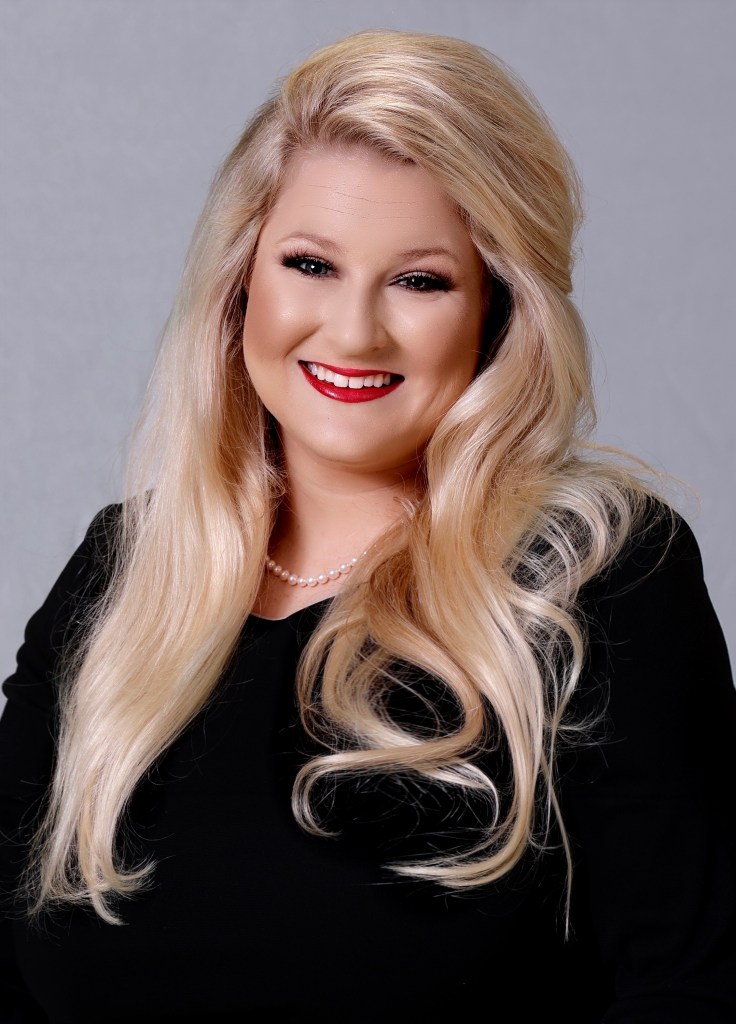 Whitney Bailey Moak is attending the Cherry Blossom Festival as a "princess" in Washington D.C. from March 29-April 11. Submitted photo

Whitney Bailey Moak, daughter of Dr. and Mrs. Edward Sidney Moak Sr. of Brookhaven, has been named a Cherry Blossom princess for 2022.

“I am incredibly grateful to the Mississippi Society for choosing me to represent the state of Mississippi as their 2022 Cherry Blossom princess,” Moak said. “I feel extremely honored and excited for this once-in-a-lifetime opportunity.”

“The princesses will engage in so many wonderful events throughout Cherry Blossom Week, including meeting with diplomats, attending a congressional reception, and not to mention ending the week with a grand ball where one princess will be chosen as the Cherry Blossom queen,” Moak said. “The queen, along with all the other princesses, will top off the week of events by riding in the National Cherry Blossom Parade.”

Founded in 1948, the program is a cultural exchange program honoring the friendship fostered by the gift of cherry blossom trees to the United States from Japan more than a century ago. For more than 70 years, young women recognized in their communities for their leadership and accomplishments have been chosen by their state societies as representatives during the annual Cherry Blossom Festival.

Managed by the National Conference of State Societies, the Cherry Blossom Princess Program offers young women leaders the opportunity to represent their sponsors in both public and private events to engage with top government, business, arts and media leaders. In the past decade, Cherry Blossom princesses met with former First Lady Laura Bush; toured the White House; attended events at the Japanese ambassador’s residence; visited Arlington Cemetery, The Institute for Peace, Kennedy Center and the national monuments; performed community service for the homeless; promoted literacy at local elementary schools; and learned about the Japanese culture and the friendship between the two countries.

Each year a U.S. Cherry Blossom queen, who is selected among the class through the spinning of a wheel, has the opportunity to visit Japan on a goodwill tour to celebrate the friendship between the two counties and meet her counterpart, the Japanese Cherry Blossom queen. Hosted by the Japan Sakura Foundation, the queen visits Tokyo and visits with local dignitaries, including the prime minister. She is hosted by the Gakudo Kofu Foundation in Ise City, where she visits Pearl Island. This last year the U.S. queen traveled to Shikuoka to visit the very research laboratory that created the cherry blossom trees that surround the Tidal Basin.

More than 3,000 women have now served as Cherry Blossom princesses and the alumni network of women leaders who participated in the program spans across the globe. It comprises executives and entrepreneurs in many fields including government, business, media, education and the arts.

“I am extremely happy to represent my home state; at the same time, it is bittersweet to represent Mississippi, as I will soon be moving out of state to attend nursing school,” she said. “The Cherry Blossom Program is almost as ceremonial for me as for the festival itself; it comes at the perfect time because I get to celebrate what Mississippi has given me while looking forward to starting a new chapter in a brand new state.

“No matter where I go, I will always call Mississippi home,” she added. “I am thankful to share my home state this week in D.C. with so many outstanding people.”

She’s been president at the Crown Club of Brookhaven Junior Auxiliary, selected as a maid for the BA Homecoming Court in her sophomore and senior years, served as a four-year varsity BA cheerleader and chosen a UCA All-American cheerleader. She was a 10-year competitive dancer with Showstoppers Studio of Dance, where she was a student teacher as a senior.

She attended the Trent Lott Leadership Institute at Ole Miss and attended Ole Miss, where she majored in exercise science with minors in psychology, mathematics and biology, working toward a career in physical therapy.

She served on multiple committees all four years at Ole Miss, including those of the Associated Student Body and the Student Activities Association, and has been active in the Exercise Science Club of North Mississippi, Special Olympics, the American Medical Women’s Association and the Active Minds of Ole Miss. She volunteered for Make-A-Wish, St. Jude Children’s Research Hospital, Feed the Hunger, The Oxford Humane Society, Leap Frog and the Green Grove initiative for green spaces around the Ole Miss campus.

Moak was presented at the Debutante Club of Mississippi in 2017. She also interned for U.S. Senator Cindy Hyde-Smith and attended the Disney College Program in the 2020 semester as a cast member at Walt Disney World.

“When I left D.C. after my internship in the U.S. Senate this past summer, I thought it would be a long time before I came back, and little did I know, it would only be months before I returned,” Moak said. “It truly is the ‘cherry blossom’ on top of an extraordinary D.C. experience, and I cannot wait to be back!”