Fungus causing fatal bat disease found in Louisiana; It was found in Mississippi in 2021 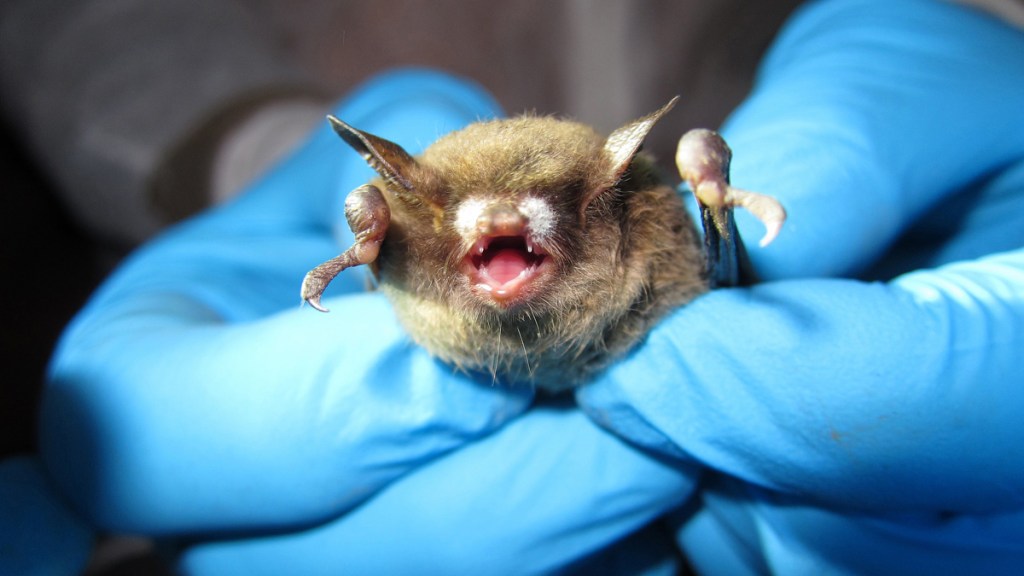 A fungus that has killed millions of bats nationwide has been found in Louisiana, but no bats in the state have been sickened by it so far.

The disease it causes is called white-nose syndrome because bats develop fuzzy white patches of fungus on their noses, wings and other hairless areas. The disease also dehydrates bats and wakes them from winter hibernation, using energy that they can’t replace because the insects they eat aren’t flying around. The syndrome has killed so many northern long-eared bats that federal officials recently proposed listing them as endangered.

Louisiana is the 41st state where the fungus has been found; the disease has been confirmed in 38 of them, Marilyn Kitchell, the U.S. Fish and Wildlife Service’s white-nose syndrome spokesperson, said in an interview Tuesday.

“The news about the fungus … being found in Louisiana is not surprising but is discouraging,” Winifred F. Frick, chief scientist at Bat Conservation International, wrote in an email. “This is especially bad news for species like the tri-colored bat that have suffered major population declines from this disease throughout the southeast.”

In Louisiana, the fungus was identified on Brazilian free-tailed bats, a species that can be infected without developing the disease. The species is among 12 found in Louisiana. Three other species found in the state also can carry the fungus without becoming ill and three, including tri-colored bats, are susceptible to the syndrome, according to the Louisiana Department of Wildlife and Fisheries.

Nationwide, the syndrome has been confirmed in 12 of the 47 bat species found in North America, according to the White-Nose Syndrome Response Team website. The fungus called Pseudogymnoascus destructans, or Pd, has been found on another eight species where the disease has not shown up, Kitchell said.

In Mississippi, bats in seven counties have been identified as Pd Positive, including Franklin County, where it was found in 2019-2020. Pd Positive bats were also found in six other counties in 2013-2014 and 2016-2017. Pd Positive cases were identified in Montgomery County in 2020-2021, and White-nose Syndrome was identified there in 2021.

Bats hunt down insects and pollinate some plants for what’s estimated to be a $3 billion annual boost to U.S. agriculture.

It could take years for white-nose syndrome to show up in Louisiana, if it ever does, Nikki Anderson, a biologist with the Louisiana Department of Wildlife and Fisheries, said last week.

In Mississippi, where the fungus was found in 2014, the disease was identified during this past winter, according to a national tracking map.

“This lag time is unusual,” Kitchell said in an email. “Most often, confirmation of disease follows about one year after initial detection of the fungus.”

Bats in Arkansas and Texas, the two other states bordering Louisiana, have developed the syndrome, Anderson said.

Kitchell said the other states where the fungus has been found without the disease are California, where the fungus was first identified during the winter of 2018-19, and New Mexico, where it was reported in 2021 and scientists worry that it may spread to Carlsbad Caverns.

In Louisiana, the fungus was identified in samples taken from two colonies totaling about 900 Brazilian free-tailed bats roosting in Natchitoches Parish culverts in March 2021. The department only recently got the results from confirmation testing, Anderson said.

She said biologists swabbed samples in early 2021 from about 2,000 bats in culverts across the state, which has no caves. About 300 were from the groups where the fungus was identified. The fungus was found on 50 of them. Forty-one were in a colony of 363 bats and nine in a colony of 538.

“If we follow the trends in the Southeast, we could be three to eight years out” before symptoms show up, Anderson said.

She said Louisiana’s warm winters may give bats that develop the disease a better chance of survival, because insects are available year-round.

“But Texas stays pretty warm, and Texas is getting mass mortalities” in a species of bat called cave myotis, Anderson said.

The Associated Press contributed to this article