The gifts of the Holy Spirit remain

“But go rather to the lost sheep of the house of Israel. And as you go, preach, saying, ‘The kingdom of heaven is at hand.’ Heal the sick, cleanse the lepers, raise the dead, cast out demons. Freely you have received, freely give.” — Matthew 10:6-8, NKJV

This commission to work miracles that Jesus gave the Twelve when He sent them out to minister is as relevant to us today as it was 2,000 years ago to the Apostles. If we call ourselves Christians, it is our commission as surely as it was theirs.

It is irresponsible for one to “assume” and teach that the gifts died simply because of personal unbelief in their existence. Jesus said in Mark 16:17 that “signs and wonders will follow those who believe…” Miracles happen every day at the hands of ordinary Christians who are gifted by the Holy Spirit for such a purpose. There is not one word, much less a verse, in the Bible that even hints that the gifts have died. There are, however, a great number of passages that speak to the general audience in the Bible concerning the Spiritual gifts.

Read 1 Corinthians chapters 12, 13, and 14, where Paul is not speaking to the Apostles about Spiritual gifts, but to the congregation in Corinth. There were many who heard these words who would live far beyond the life span of Paul or the other Apostles. Was Paul taunting them by encouraging them to seek what would not be there for them to find? When that which is perfect is come is certainly true (1 Corinthians 13:10) as is verse 12, “for now I see in a mirror, dimly, but then face to face. Now I know in part, but then I shall know just as I also am known.”

When we see Him face to face, and understand all things, verse 8 will be fulfilled, and we will be in His presence. 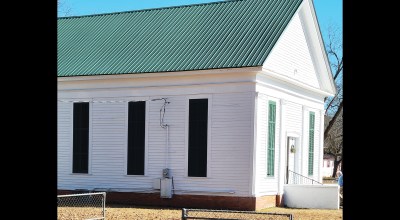