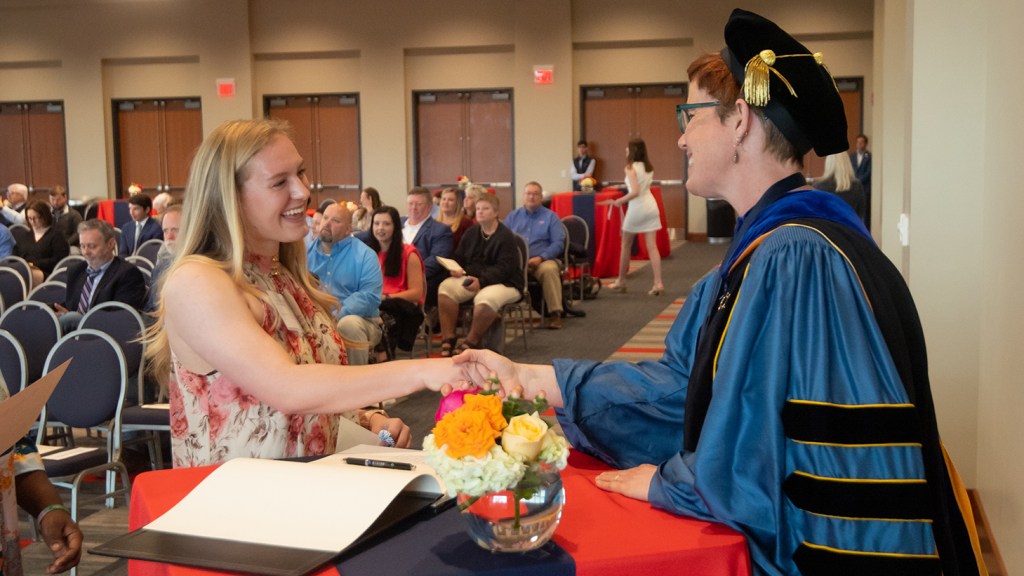 Kinley Miller, of Bogue Chitto, graduating with a B.A. in History, was among the more than 80 University of Mississippi students who were inducted into Phi Beta Kappa, the nation’s oldest undergraduate honors organization in the liberal arts. The university held an induction ceremony April 8 at the Gertrude C. Ford Ole Miss Student Union Ballroom.

“Phi Beta Kappa embodies the ideal of a liberal arts education — an education suited for free people,” said Neil Manson, professor of philosophy and 2022 president of the Beta of Mississippi chapter. “Rather than training merely to be specialists, members have shown a desire to become broadly educated across an array of humanistic disciplines. In addition to being intrinsically worthwhile, public and private sector employers see such an education as a valuable commodity.”

Manson said he remembered his own induction 32 years ago as one of the proudest moments of his educational career.

Phi Beta Kappa membership is an honor conferred upon fewer than 10% of each graduating class. Students do not apply for membership but are elected by the chapter after a review of the academic records of each eligible candidate.

Election is based on good character and a distinguished record of scholarly performance in courses that demonstrate a broad exposure to the liberal arts, i.e., the fine arts, humanities, languages, mathematics, natural sciences and social sciences, as well as substantial work in areas outside the major.

While students are usually selected for membership during their senior year, juniors or graduate students may also be chosen.