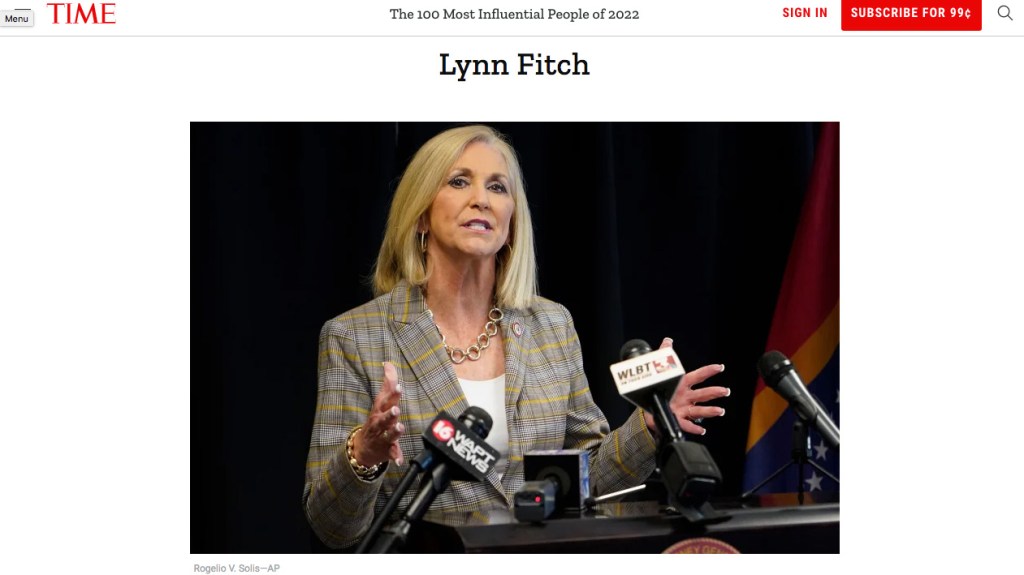 Mississippi Attorney General Lynn Fitch has been named to the 2022 TIME100 — TIME Magazine’s annual list of the 100 most influential people in the world. In its 19th year, the list recognizes the impact, innovation and achievement of the world’s most influential individuals.

“I am honored to be selected for TIME’s hundred most influential people,” Fitch said. “But the honor belongs to the people of Mississippi who have paved the way to a world where the people through their elected leaders can both empower women and promote life. They have demonstrated that when we let the people decide, they will advance the dignity of women, the dignity of their children, and the inherent dignity of all human life.”

The full list and related tributes will be in the June 6 double issue of the magazine, available May 27. The list can also be accessed online at https://time.com/collection/100-most-influential-people-2022/