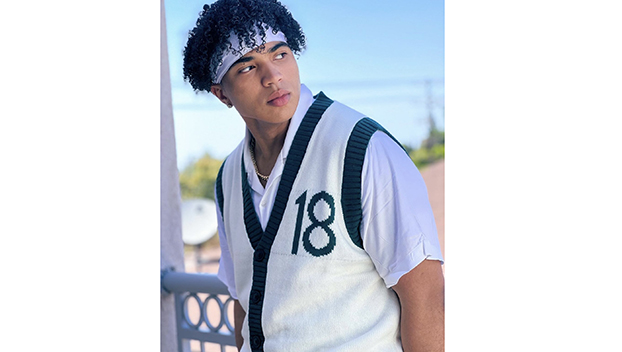 BROOKHAVEN — Panther Alumni and Tik-Tok star LaRon Hines continues to make moves in the entertainment industry. The musician, social media influencer, actor and Brookhaven native will soon have his own TV show on SnapChat.

“La’Ron in a Million” will document his rise from social media to success in music and acting, he said.

Robin Thicke, who is known for his song “Blurred Lines,” is helping Hines as his manager and helped him get the opportunity. They started discussing the TV Show last year and hope to start filming within the next few months.

“He is really helping me make the shift I need to go offline and reach a wider audience,” Hines said. “It’s been a fun journey and interesting. It’s neat there are so many celebrities who watch me. I go to different events in LA and I see celebrities who are excited to meet me. It feels like it is something that’s been a long time coming.”

Hines said he has been interested in acting for a while and feels like he is accomplishing something by having his own show. Tik-Tok helped grow his audience as he would interview preschoolers.

Currently, the TV show is the biggest project he is working on but he has other projects in the works. Warner Bros is helping him release his first musical project, which he is excited about, and he has some hosting opportunities with BET and Facebook to look forward to.

The future is bright for him as he feels he can continue to accomplish more and more. Hard work will continue to take him places, he said. Hines tries to come back home to Brookhaven every month or two months but lives in LA. Filming for the TV show will be in both Brookhaven and LA.

“I get a chance to show where I am from,” Hines said. “I can show a little bit about how I grew up. I get to see all the people I have been around my entire life before I came here to LA.”