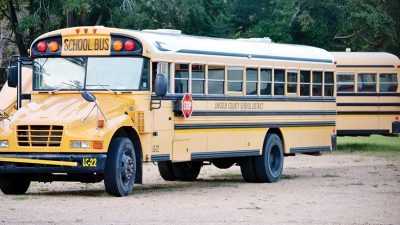 The Lincoln County School District conducted a series of meetings June 20, as well as a regular meeting to round out the school year.

The school board members conducted an open public hearing first to allow citizens to ask questions or share concerns on the proposed district budget for the 2022-2023 school year.

These numbers vary from the advertised numbers because new estimates used for ad valorem had not been sent to the Daily Leader to reflect the change, Sam Stewart, the district’s finance director, said of seemingly battling percentages.

Stewart said that he would continue to adjust the budgeted ad valorem until a final accounting due to the Lincoln County Board of Supervisors Aug. 15. That board will then vote to approve that budget.

“The ad valorem request isn’t due to the levying authority until Aug. 15, so we can adjust the request and amend the budget if needed,” Stewart said during a presentation during the public hearing meeting. He said he did not see a shortfall for the district, which means there will likely be no new taxes.

In accordance with state law, the board must wait seven days from the advertised hearing before taking a vote. That vote is scheduled for 5:30 p.m., Tuesday, June 28.

The board is expected to approve the budget, which must then be submitted to the County Board of Supervisors by the Aug. 15 deadline. Supervisors will likely vote on the budget at their first regular September meeting.

Two other public hearings took place Monday for the district — for the Title/Special Education budget and the use of Elementary and Secondary School Emergency Relief (ESSER) funds. Meetings were advertised on the district’s social media and website, and in The Daily Leader.

Stewart said the district had not yet received the amount for its FY2023 Part B, Preschool or any of the Title allocations. “We have budgeted the previous years’ total revenue and expenditures, but we will need to amend the budget once MDE provides that information,” he said.

Since they are not allowed to budget for “carry forward,” they must budget to spend and receive each federal allocation in its entirety, which Stewart said is realistically impossible.

The other problem the district faces is the cost of fuel. Stewart said they have budgeted $420,000 for fuel, for an estimated 70,000 gallons needed at $6 a gallon. The district’s superintendent, David Martin, told the Daily Leader that the current year’s fuel budget was $180,000. “It’s going to be hard to figure that one out,” he said about the continuing rising cost of fuel.

The district has advertised for four resource officer positions, and the district has budgeted for an additional teacher, assistant teacher, janitor and lead teacher at each location, which will be funded through the ESSER III funds. The Ag buildings at Enterprise, West Lincoln and Bogue Chitto are also funded this way.

Stewart pointed out a few notable items in the budget, including $300,000 for three 71-passenger buses, with funds coming out of the district maintenance fund; $100,000 for one 71-passenger bus, with funds coming from the buildings and buses fund from the state for such things; and $281,025 debt payment on the district’s 3 mill note. Thus far, $82,025 has been paid in interest payments and $199,000 has been paid on the principal on the 3 mill note.

As for all construction projects, the board was told the following are included in the budget: