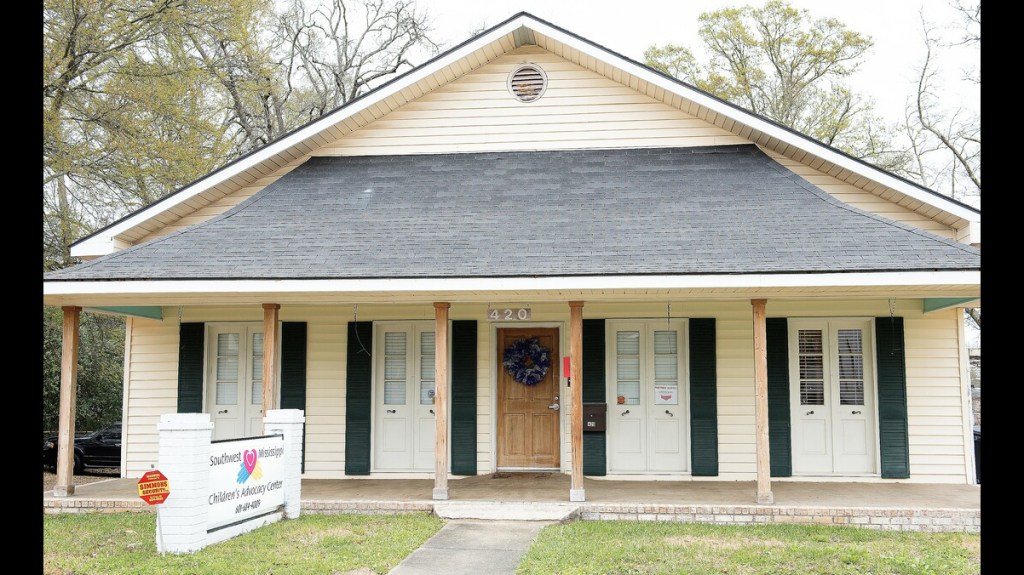 Since budget cuts closed the Brookhaven child advocacy office in November 2021, local law enforcement and child protection workers have been traveling McComb to conduct forensic interviews.
“Well, from a district attorney’s perspective, it would be better to have that satellite office,” said Dee Bates, District Attorney. “It’s not a great distance from Lincoln or Lawrence County, yes, but to a child who is unfamiliar with the area and who has witnessed a violent crime or if we are dealing with sexual abuse, it’s difficult for them already. We are hopeful that that office is reopened.”
Kim Walley, executive director of the Southwest Mississippi Children’s Advocacy Center, updated the Lincoln County supervisors on the situation earlier this month. The center lost half its federal funding – some $415,000 – last year, and subsequent budget cuts forced layoffs and the closure of the Brookhaven satellite facility.
“We hope to have the satellite office back open soon, but right now, law enforcement and child protection workers are having to travel to McComb for forensic interviews,” she said.
SWMSCAC serves Pike, Walthall, Amite, Lincoln, and Copiah counties. Working alongside local law enforcement, Child Protection Service, and the district attorney’s office, it seeks to help provide justice for child abuse victims.
“We were really pleased to have that [Brookhaven] office,” said Bates, who serves the 14th Judicial District of Mississippi. “King’s Daughters [Medical Center] helped a good bit getting it going, as did other in Lincoln County. The office was the footprint we were always wanting [to serve that area].
“Now law enforcement officials, people from the children’s protection agency and the child, too, must all come to the McComb area for the interviews.”
The funds for the center come from restitution payments of perpetrators who pay into the “victims of crime” purse. The Victims of Crime Act Fund was created in 1984 to provide federal support to state and local programs that help crime victims. VOCA funding has been reduced, in part by delays in criminal cases due to the COVID pandemic.
“It could take three to four years to build that fund back up,” Walley said. “We are struggling to keep up and don’t know if and when our budget will be reinstated.”
Walley said 30 percent of the 794 children served last year were from Lincoln County. “So, we just wanted to say thank you for your help and on-going support,” she told supervisors.
“The benefit of having the child advocacy center in the community is that case investigations are coordinated from the onset,” Walley said. “They begin more timely, fewer cases are missed, families receive appropriate referrals for the proper medical exams, children receive evidence-based therapy sooner and the CAC collaborative model reduces duplication of resources.”
Some funding comes from State Assessment Funds generated by vehicle violations. However, Walley said those funds have been set at $500,000 for 12 years. She also said local lawmakers have worked to support the agency.
“Becky Currie (District 92 Mississippi Representative Republican) stood up for us,” Walley said. “I just think that [legislators] thought we would be funded by another fund and that didn’t happen, so we lost half of our budget.”
Currie said she tried to help the center as much as she could. “My understanding is that the funds were coming from the laws that the feds made to fund the organization,” she said in an email. “The money or fines for crimes that went to court is how [they] would receive that money. Then [COVID-19] hit and courts closed down and [there were lawmakers who] wouldn’t actually charge people with a crime and [were] letting people off for so many crimes, [the] money dwindled to nothing.”
That is what Currie said legislators were told during the last session, and she said she didn’t know if anything had changed since then.
“We increased [the center’s] funding through the state, but I don’t think that it got to [the center],” she added. “We tried to explain to the speaker that [the center] needed the money now …
“I believe wires got crossed with the amount and how quickly [the centers] needed it,” which ended up in a shortfall for the program, she said.
District 4 Supervisor Eddie Brown expressed outrage at the lost funding. “We need to do something about this,” he said at the meeting. “We should approach our legislators and find out how to fix this.”