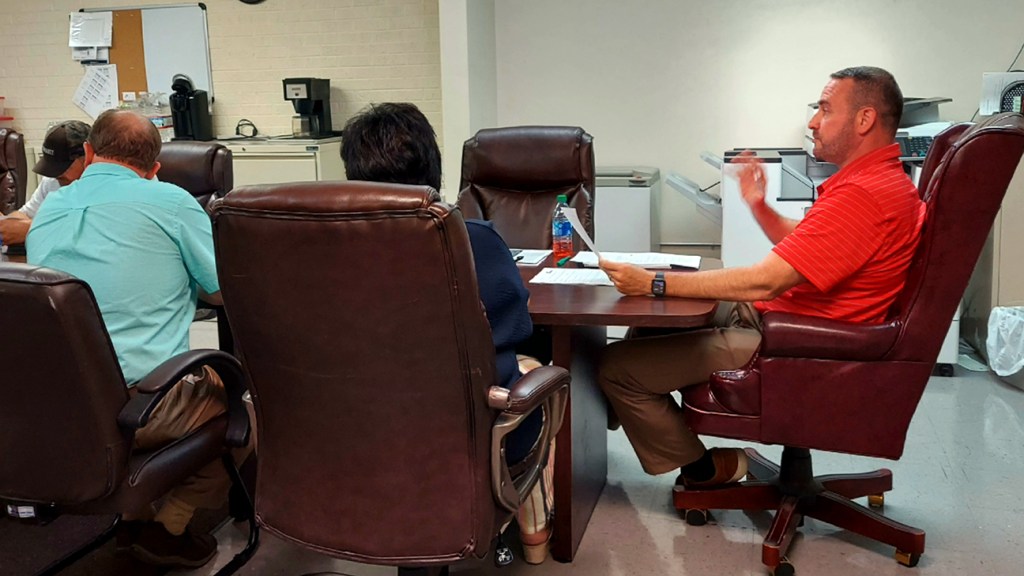 Photo by Angela Cutrer / The Lincoln County School Board approved the FY2023 budget at its most recent meeting.

The Lincoln County School District’s Board of Trustees approved its upcoming budget during its June 28 special meeting and will now send it on to the Board of Supervisors for acceptance by Aug. 15.

After several meetings to allow public input, the LCSD officials changed its preliminary budget numbers little before approving it for the 2022-2023 year.

The district’s financial director said he only made three changes concerning the ad valorem levy, none of which will cause taxes to rise for county citizens.

“I only increased the salaries for the four new resource officers we are advertising for because at first the salary was for someone with no to little experience,” Stewart told the board. “That is not the case anymore. Also, the new programs for last year meant a $82,000 difference from this year, so we don’t need to ask for more if we don’t have to. The last is the ad valorem, which we went down on from preliminary numbers.”

The district is operating currently with a projected total budget revenue of $30,970,830. Of this, 16.63 percent — $5,148,759 — is obtained through ad valorem taxes. Ad valorem taxes are paid on homes, car tags, business fixtures and equipment, and rental real property.

During the Monday meeting, the trustees went over addition items that were not presented last week during its regular meeting.

The board approved the following:

The next regular scheduled board meeting is set for Monday, July 18, at 5:30 p.m. in the board room at the Lincoln County School District Central Office.