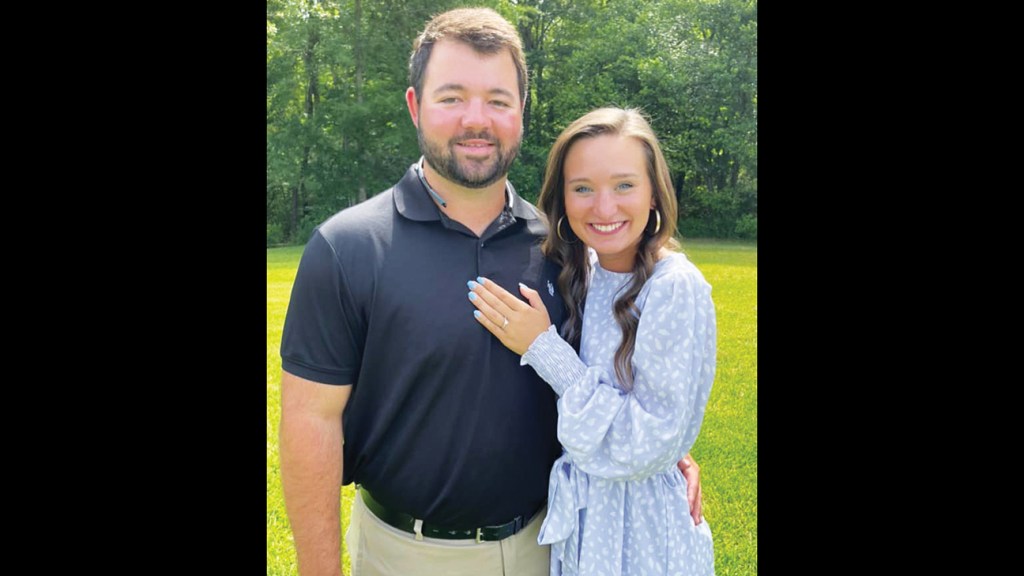 PHOTO SUBMITTED Enterprise Baseball has a new head coach. This is Austin Hood and his fiancee Bailey Lott.

Enterprise Yellow Jacket baseball has a new skipper at the helm. Austin Hood, a Summit resident, was tapped to be the head coach of the baseball team according to a release from the school. He will coach linebackers and quarterbacks in football and teach in addition to his baseball duties.

Enterprise Baseball hinted at the hire in a release of their roster but it wasn’t officially announced until July 1, 2022. Josh Garrett was the previous head coach of the Yellow Jackets baseball program.

Hood is a graduate of Union High School and played baseball at Coahoma Community College. He previously coached at Newton County as an assistant coach for the past four years. Bobby Bass, a former defensive coordinator at Brookhaven High School, and Wyatt Tullos were coaches of the Cougars who made an impact on his coaching career, Hood said.

“I learned everything I know under Bobby and Wyatt,” Hood said. “I learned how to manage the game, how to take care of the field. I learned everything from them and it prepared me for here. I learned a lot there in Newton County. It was one of the most difficult choices I ever had to make. Enterprise was a good opportunity. I couldn’t pass it up.”

He first got his start in coaching after his college baseball career ended. While coaching at Newton County, he finished his education online through Arkansas State University and got a degree in general studies with emphasis on PE and health.

It was tough going to school at nights and working full time but he was motivated to get his degree and did. At Newton County, he realized there was a lot more to coaching and he stuck with it.

Enterprise presented an opportunity to be a head coach and to build a culture of winning. Hood said he inherited a great group of young talent and support in the community. He will build upon that foundation using discipline.

“We have so much more potential here and I hope we can reach our potential,” Hood said. “It starts with discipline. We are talented but I want these guys to work hard. We want kids to show up on time and do things the right way.”

In his free time, he is hunting, fishing, hanging out with family and watching sports on TV if he isn’t coaching. He and his fiance Bailey Lott travel when they can. Lott is from North Pike and was one of the reasons Hood made the move to Southwest Mississippi.

Hood looks forward to the spring. He said he isn’t nervous about his first year as a head coach.

“I’ve been motivated from the get go. I’m pretty knowledgeable about sports,” Hood said. “I’ve been exposed to some things in coaching. You never stop learning and I have kept learning. There is always something you don’t know. I feel like I’m pretty prepared.”