Gerald W. Adkins (Jerry to his family) passed away July 26, 2022, at the age of 78. Born in Ferriday, Louisiana on August 19, 1943, his fondest memories revolved around his childhood years in Heidelberg, MS, where he was known as Li’l Brother. He wowed the summer crowds at Lake Waukaway by jumping off the high dive as a young boy.

Gerald worked offshore for Shell Oil Company his entire career. He was a proud member of the Army National Guard, 20th Special Forces (Airborne), Senior Parachutist Badge (35 jumps), Captain Officer. He retired to Starkville to be near family. He pursued a second career as a Mississippi State shuttle bus driver for many years. He enjoyed hearing stories from the students about their lives, loves and adventures. He once stated these were the happiest years of his life. Gerald was an accomplished dancer favoring 60’s classics (especially “Shout”) and blues tunes. He was an avid fisherman and took up running later in life, putting in innumerable miles on the roads around Browning Creek where he always had a smile and kind word for passersby.

Gerald is survived by his sisters, Julia A. Phillips (Don) of Brookhaven, MS, and Laura Lea Adkins Cobb (Tommy) of Starkville, MS, and a host of nieces and nephews.

He was preceded in death by his parents, Ruth E. and Sherman P. Adkins, sister, Betty Jane Adkins, and his brothers, Howard P. Adkins (Nancy), and John R. Adkins.

Gerald was a member of Northside Church of Christ.

A family memorial service is planned at a later date.

Memorials may be made to the charity of your choice.

You can leave the family a condolence at: www.welchfuneralhomes.com. 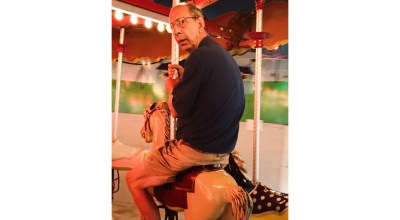