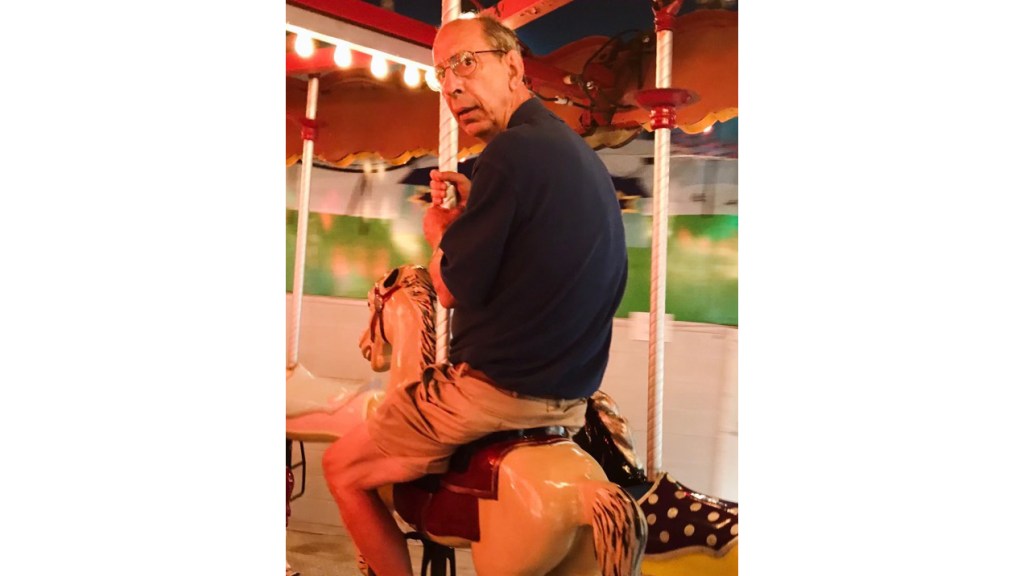 Services for David Gary Powers of Hattiesburg, MS, will be held in Brookhaven, MS, at Riverwood Family, Saturday, August 6. The visitation will be at 10 a.m. with service at 11 a.m. and burial immediately following in Riverwood Memorial Park.

David died from complications of Parkinson’s disease at Asbury Hospice in Hattiesburg, on July 30, 2022. He was born at Vicksburg’s Mercy Hospital on August 2, 1947, to Elizabeth ‘Sis’ Gary Powers and Spencer Byrd Powers, Sr. He lived in Cary, MS, on the Powers Family Farm and attended Cary Consolidated Line School and then Rolling Fork High School where he played football. He was a member of the 1963 Delta Valley Conference Championship team and was a 1965 graduate of Rolling Fork High School. David also played football at Millsaps College and was a member and officer of Lambda Chi Alpha fraternity. He graduated from Millsaps in 1969 with a sociology degree. Bobby Kennedy spoke at Millsaps in 1967 and David was strongly influenced by his message as well as by President John F. Kennedy’s inaugural speech that called on citizens to “ask what you can do for your country.”

David began his lifelong service as a soldier in the War on Poverty when he took a job as a caseworker with the Mississippi Department of Public Welfare, now Department of Human Services. In 1973 he earned a Master’s in Social Work from Tulane University. David spent his life attempting to right injustices, including giving away a week’s worth of his roommate’s groceries to neighborhood trick-or-treaters while a college student.

Reflecting on his nearly thirty years at the Department of Human Services, he often said that he aspired to be a “good bureaucrat” with his typical self-deprecating and dry sense of humor. His real calling was as a front-line social worker, going above and beyond to love people in whatever way he could. There are too many stories of the good work he did, from helping his clients file their taxes to get the refunds they deserved, to working with churches to get rent covered, to ending his sessions with clients by asking a question not found on any of the forms: “What other needs do you have?”

When he eventually became a Regional Director, he mentored social workers in the field, encouraging them to treat people with respect and meet them where they were. He continued this work after retirement, helping people looking for assistance at Parkway Heights United Methodist Church, volunteering with Edward Street Fellowship Center distributing food to families in need, and delivering Meals On Wheels. David was an American Contract Bridge League Ruby Life Master and member of the Hattiesburg Duplicate Club and Robert Kirkpatrick Club, where he welcomed and mentored new players, devoting himself to the game he learned from a woman he considered his “best feature” — his mother Sis Powers — and from his Aunt Epp. He won sixth place at the World Championship Domino Tournament in 1990. A mystery book aficionado, he passed on his love of reading to his children and grandchildren. He was a founding member of the Just Over the Rainbow Theater company as well as one of the founders of the Episcopal Church of the Ascension’s Annual Crawfish Boil. An actor on local stage and screen, he was perhaps best known for the role of “Earl” in the Big Buck Sporting Goods commercials. He maintained a lifelong devotion to the Brooklyn/Los Angeles Dodgers. He often claimed to be the original Inventor of the McDonald’s Sausage Egg and Cheese McMuffin sandwich, although his role has never been confirmed in the official histories.

David is survived by the love of his life, Bettie Hatcher Cox; his children Amanda Clay Powers, Mitchell Sampson Powers (Liberty), Matthew Flynn (Allison), Joye Cox Anestis (Mike), and Kris Lee; his brother-in-law Steve Reisinger; his nephew Spencer Reisinger (Sunee Claud) and nieces Stephanie Kidwell and Laura Reisinger Watts (Hassan Houmani). David’s beloved grandchildren, to whom he was known as Pop, are Bryce Touchstone; Hansford “Hank” and Coretta “Coco” Powers; Noah, Eli, and Joshua Flynn; and Jonah and Mary Anestis. He is also survived by too many longtime friends to list. He is preceded by his parents, Sis and Spencer Byrd Powers Sr.; his brother Spencer Byrd Powers Jr.; and his sister Elizabeth Anne Reisinger.

Memorials may be made to the Edwards Street Fellowship Center, 1919 Edwards St., Hattiesburg, MS 39401; the Sharkey-Issaquena County Library, 116 Robert Morganfield Way, Rolling Fork, MS 39159; the Michael J. Fox Foundation for Parkinson’s Research, www.michaeljfox.org; or to a food bank in your community.