Build it and they will come, habitat management for quail, rabbits 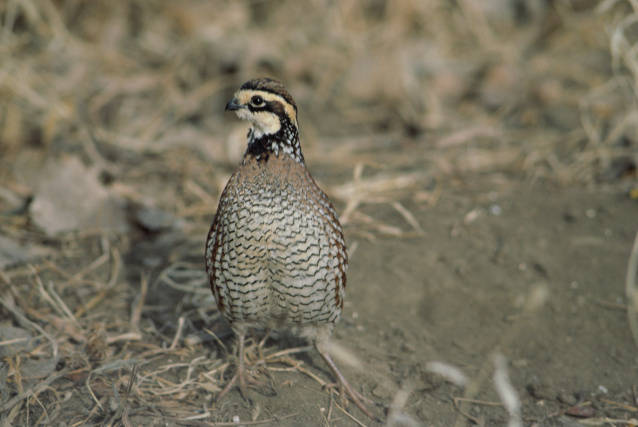 STARKVILLE — MDWFP Small Game Biologist Rick Hamrick has seen the bobwhite quail population transform from a once thriving and huntable population, to a scarce resource and back to a huntable population. There is still a lot of work to be done to help the birds.

There is still a lot of work left to be done in the state. Bobwhite quail population numbers are less about hunting pressure and more about the change in habitat management. Land use has changed in the state with timber taking a priority over agriculture.

He said in early August land managers should not disturb the habitat because quail are still nesting. Rabbits are also breeding this time of year.

Hamrick said the WMA call count numbers they have received this year so far show an increase from previous years. There was some concern about the ice storm of 2021 but the population that spring had recovered well.

Similarly, people can do a call survey on their property to figure out how many quail are on the land.

“We sometimes recommend people to check how many quail they have before managing them,” Hamrick said. “You use fixed listening points and can hear them from about 300 to 400 yards away. The more open areas are you can hear them further away. You can do this every year a few times, record it and see how they do. Go out and listen.”

Hamrick said every landowner has a different objective when it comes to managing habitat for quail or small game.

One way timber landowners can create habitat for quail and continue the production of timber is by thinning forests according to research done through the Mississippi State University Forestry and Wildlife Research Center. Forest thinning allows for more sunlight to reach through the canopy and stimulates the growth of forbs.

Quail need well managed openings where there are no trees as well. These do not have to be very wide but strips of openings with grasses can provide them quality habitat. Prescribed burning is another way to stimulate growth in both pinestands and fields.

Burning land every two years maintains the early stages of plant settlement. Fire consumes twigs, leaves, pine needles and other debris clearing up the soil and allowing quail to find seeds to eat.

Hayfields and other grasslands need some management too. While the early stages of plant succession are good for quail, the growth of trees and woody brush can push them out of a habitat if not maintained according to MSU’s publication on the Ecology and Management of teh Northern Bobwhite quail.

Quail need cover for a few reasons. One, quail roost at night on the ground especially in the winter to keep warm. This can make them an easy target for predators such as coyotes and bobcats. Typically, three to five birds in each covey, a group of quail, will survive the winter and make the spring, a quarter of what is in the covey in the fall.

Quality natural grass cover allows them to build nests and camouflage them in the summer. Each nest will typically have about 12 eggs. There is a 50 percent mortality rate in the first two weeks of a quail chick’s life.

A quail’s preferred mode of travel is to walk because flying consumes a lot of energy. Running exposes the quail to predators such as hawks and owls. Cover such as plum thickets or briar patches provide excellent cover for quail to loaf and escape during their feeding activities.

Hamrick said a mile is typically the average dispersal distance although larger movements have been recorded. Before man manipulated the landscape, quail relied on fires and wind to create new growth habitat.

“They naturally wandered into new territories,” Hamrick said. “It is built into them. It depends on how many birds are close by if you can attract them to your property. They just show up sometimes.”

Strip disking is one way to open up a field’s surface while keeping enough cover for the birds to feed and walk around. Disk strips should be 30 to 50 feet wide and separated by undisked strips of 60 to 100 feet. These strips should be as long as possible and follow the natural contour of the land.. Any undisked areas will provide nesting habitat and the adjacent disked areas which grow into food for the quail. Land managers should rotate the use of strip disking so there is a mixture of zero to three year old growth.

Disking is best done in the fall, he said. This allows for black berry thickets, plums and other brushy vegetation to grow. Quail management and small game management for rabbits are compatible.

Another way to give quail cover in a field along with rabbits is the implementation of brush piles. These keep small game from becoming prey for predators but are more of a quick fix on a property.

“Fence rows are the old classical example of what you want,” Hamrick said. “You want low growing brushy stuff.”