For 35 years, Fred Cannon tried to get every call right 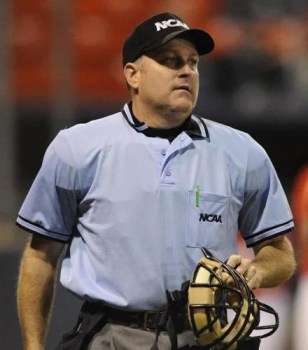 NCAA Fred Cannon at work in an NCAA Tournament regional 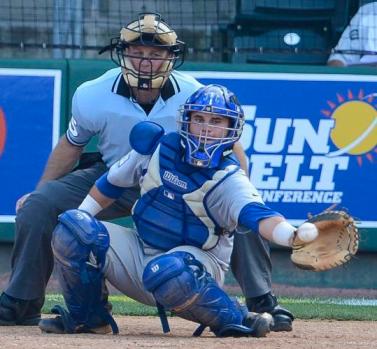 Sometimes a decades-long career is birthed in the most innocent of ways.

Fred Cannon was just answering a plea for help from his local parks and rec department.

Next spring there will be organized baseball without Cannon, something that hasn’t happened since he was 5.

Often in his adult life, Cannon has had a seat — or a squat — right behind home plate … as the umpire.

He called his last games in May.

Cannon was part of Minor League Baseball at various levels for 11 years and has called college baseball, mostly in the SEC, for the last 22.

A high school player at Brookhaven and then an education major at Mississippi State intent on coaching, Cannon began the umpire life as a humble attempt at pocket change and continued as supplemental income.

“As a teacher in the mid-80s, you had to have another job. I got paid once a month, and my check didn’t have a comma in it,” he said.

At MSU, Cannon had enrolled in a class for football and basketball officiating.

“One day a guy came and said they were looking for basketball officials for third grade through seventh on Saturday mornings and one night a week,” he said.

He continued to call games when he could and had the opportunity to attend umpire school.

Soon Cannon was calling spring training games in Florida. Eventually he was on the Texas League payroll making overnight van trips from Little Rock to El Paso or Jackson to Midland, Texas.

As a high school player, Cannon turned down a chance to play Division II baseball because he incorrectly judged himself to be a Division I prospect.

Suddenly his part-time college job had placed him in position to impact the Major League aspirations of hundreds of baseball players.

“I messed up and got a job out of umpire school (in 1989). I went straight to the Gulf Coast League. We did games at noon six days a week, and it was blazing hot in Sarasota, Florida. I did that for a couple of years. You were done at 3:30, but you’d lost 10 pounds.

“We had eight guys that lived in the same (apartment) complex. Everybody would shoot off, go do their games and come back.

“We would drive to all these places, do games and come back, at that time getting paid little or nothing and having to pay for lodging, yet they told us this was where you had to stay.”

In his last professional outing, Cannon called home plate in the final game of the Triple-A World Series. That was 1999.

Late in his pro career he began making contacts and laying the ground work for a future college opportunity.

Cannon had reached Triple-A, but he knew the numbers. Less than 1% made it from umpire school to the Major Leagues, and that weighed on him.

After a couple of years focusing on real estate in Tupelo while still staying active, Cannon reached out to the area coordinator of college umpires and began the second leg of his journey in 2001 with two Sun Belt assignments and two SEC assignments most months.

The road trips were more manageable, but the landscape was different.

“Pro ball, even in the Minor Leagues, is such a business. It’s all developmental. They’re playing to win the game, but it’s more about getting to the next level. That’s the way it was with the umpires as well. We were just trying to get to the next level.

Cannon leaves a game that has seen lots of change on his end of things.

He embraces replay reviews but not the coming of “robo-umps” at home plate, which he believes will happen.

“It’s a mistake unless they get it absolutely right the first time. If they don’t, and I don’t see how they’re going to, you can’t put the toothpaste back in the tube,” Cannon said.

For now, real people are still calling balls and strikes.

Coaches and players still get mad, and umpires have to decide on their personal ejection line before throwing someone out of a game.

For Cannon, the ejection was coming if a coach turned the argument into something personal.

What Cannon cared about for 35 years was doing his best work.

Fans, perhaps some coaches, may wonder if a certain umpire has it in for a certain team.

“Every pitch, every play I’m trying to get everything right. I’ve worked with hundreds of umpires over 35 years, I don’t know a single one ever who has not felt the same way,” he said.

Cannon looks back on his career and takes pride in a number of things.

“I did postseason at every level I ever worked. That’s a reward, a recognition of your performance during the season,” he said.

You can’t get to postseason if you can’t make it through the regular season. Durability is important.

But he’s most proud of his integrity.

“I focused on trying to get every play right.”