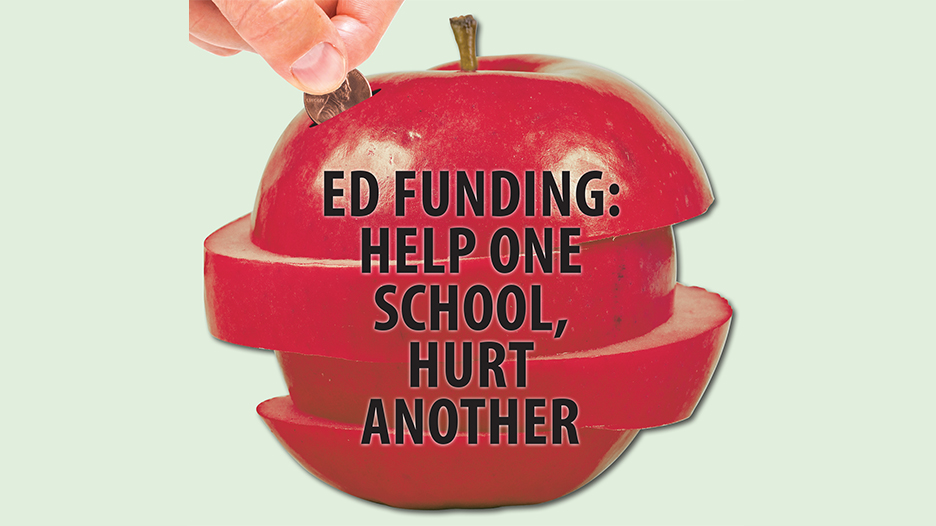 Tanya Marsaw of Crystal Springs is a member of Parents For Public Schools. The nonprofit group is suing the state to try to block the program the Republican-led Legislature created and Republican Gov. Tate Reeves signed into law earlier this year.

The lawsuit cites Section 208 of the Mississippi Constitution, which prohibits the use of public money for any school that is not “a free school.”

“It is some of my money, and it should not go to private schools,” Marsaw said.

The governor signed two bills in April. One created a grant program to help private schools pay for water, broadband and other infrastructure projects. The other allocated the $10 million of federal money for the program, starting July 1.

The program allows grants of up to $100,000 to any in-state school that is a member of the Midsouth Association of Independent Schools and that is accredited by a state, regional or national organization.

Public schools cannot apply for the infrastructure grants, which are administered by the state Department of Finance and Administration. Attorneys said Tuesday that grants have not yet been awarded.

The American Civil Liberties Union of Mississippi, the Mississippi Center for Justice and Democracy Forward filed the lawsuit June 15 on behalf of Parents for Public Schools, an advocacy group founded more than 30 years ago.

Parents for Public Schools executive director Joann Mickens testified Tuesday that public and private schools “are in competition for families,” and improving facilities at private schools could hurt public ones.

Attorneys for the state did not call witnesses to testify, but they argued that public schools are not losing money because of the grants for private schools.

“The Legislature decided that it should be set aside for private schools to improve their infrastructure,” said Jackie Bost, a special assistant attorney general.

Rex Shannon, also a special assistant attorney general, argued that the Legislature did not appropriate public money to private schools because the money first goes to a state agency that administers the grants.

“But the only schools that are eligible are private schools,” Judge Martin said. “Is that correct?”

Shannon replied: “Eligible to be considered for a grant — that’s correct, your honor.”

Mississippi Center for Justice attorney Rob McDuff argued if the state is allowed to send money to private schools by routing it through a state agency in this case, “then it’s going to happen all the time.”

After arguments ended Tuesday, Martin asked attorneys to submit additional information by early next week. The judge did not indicate when she might issue a ruling, but she said “this matter should be decided sooner rather than later.”

During this year’s legislative session, Mississippi’s Republican-controlled House and Senate made plans to spend most of the $1.8 billion the state is receiving from the federal government for pandemic relief.

Legislators this year also created a program to provide interest-free loans to public schools to improve buildings and other facilities, with money coming from the state. Those loans must be repaid within 10 years. The grants to private schools do not need to be repaid.