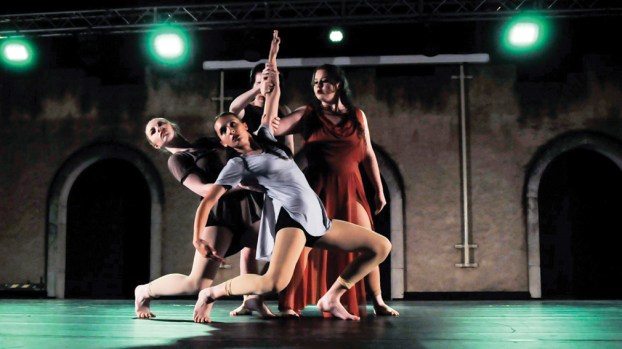 PHOTO COURTESY OF ANTONELLA CORDARO From left, Cate Smith, Carolina Cassisa, Aaron Lochmann and Rain Walley perform at the Altomonte Amphitheater during a trip to Italy this summer. 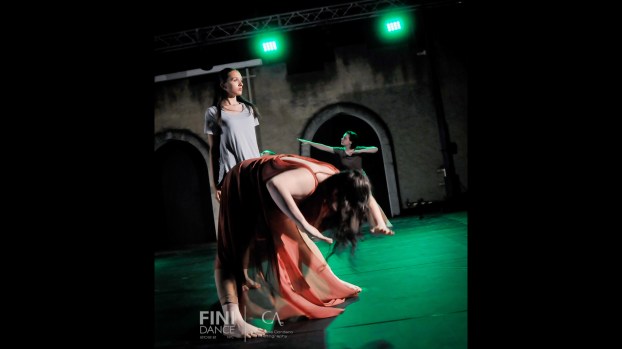 PHOTO COURTESY OF ANTONELLA CORDARO Carolina Cassisa, in the gray, is a native of Oxford. She is a senior at MSA and hopes to fuse her passion for history and dance together. Her trip to Italy was unlike anything she has ever experienced before including a performance at the Altomonte Amphitheatre. 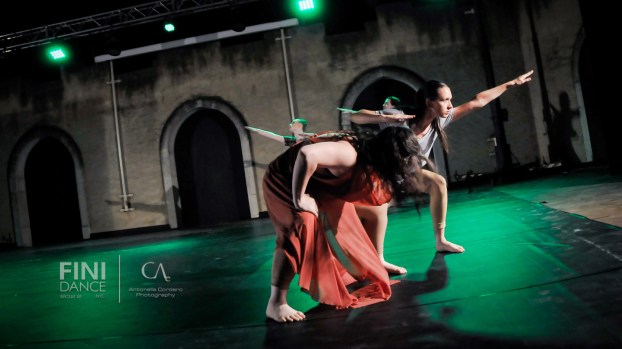 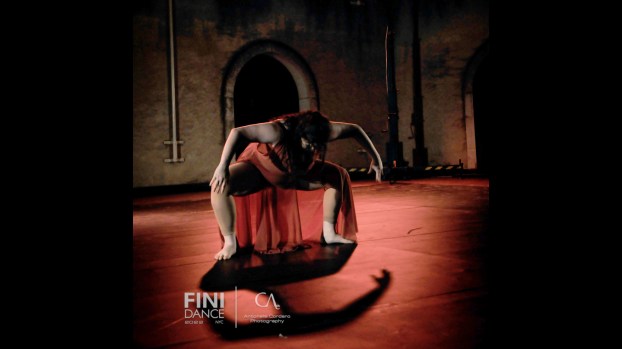 PHOTO COURTESY OF ANTONELLA CORDARO Rain Walley is a graduate from the MSA program. She is now a freshman majoring in dance at the University of Southern Mississippi. 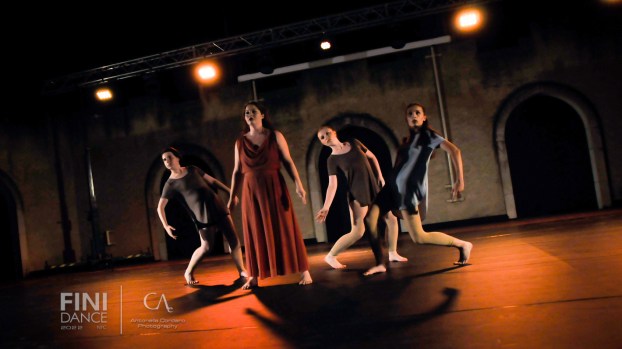 VILLA PIANA, ITALY — Mississippi School of the Arts students Rain Walley, Kate Smith, Carolina Cassisa and Aaron Lochmann had a trip to remember this summer. As part of the MSA’s partnership with Antonio Fini’s dance school, four half scholarships were awarded for students to study dance abroad in Italy.

“I didn’t think it would happen until I was there,” Cassisa said.

The two weeks in Italy taught them different dance techniques and refined their abilities. Their trip culminated with a performance in Altomonte, Italy. It was about an hour into the mountains and the students had to walk the final stretch of the journey because the roads were too narrow for the bus, teacher Tammy Stafford said.

Stafford choreographed the dance routine Footfalls Echo and they performed it on an amphitheater in front of a crowd.

“The dressing rooms were under the ground, under the amphitheater,” Lochmann said. “On stage, It was very hot, the sun was baking down on us and the heat was coming off of the floor. It was so gorgeous.”

Their finale in Italy was a dance competition where students were mixed in with competitive dancers. MSA’s students danced to a modern routine, a classical, a hip-hop and Stafford’s piece.

“Performing there was a lot of energy. You get on stage and something clicks. You give more,” Cassisa said. “It was so different performing in an amphitheater. You look up and the sky is above you. You get this second wave of energy. It has a unique feeling to anything I have experienced before.”

Lochmann and Smith nearly did not make it to Italy. They had delays from the moment they left New Orleans to Toronto and spent two nights stranded in Canada sleeping on the terminal benches. They then had delays in Frankfurt and Munich, Germany before finally reaching Italy Tuesday night.

Stafford said they had missed the first two days of classes and the first half a routine they would have to perform on Saturday. Wednesday they tried to go to class but did not have the energy to do it. They rested and started again Thursday.

Cassisa helped teach them the routine at their hotel room. Smith said she found herself practicing late into the night after going to dance classes all day. She wanted to prove herself for the first, informal showing.

While the parents had a blast with a relaxing vacation, the dancers spent nearly every hour dancing, eating or sleeping. Stafford said the students morning would start at 7:30 a.m. with breakfast, class was at 9 a.m. and they walked in the sun.

It was hot and there was not any true air conditioning there. The studio and the hotel might have some fans available but they were smaller than what Mississippians would use.

Italy’s heat did help the dancers by keeping the muscles warm. Cassisa said in the five years she has danced she would wake up so sore after intense dancing. The heat helped take away the pain and made their warm up process smoother.

Students learned they could only order Cappuccinos in the morning. Smith said Fini took them on little tours when they were not in class. They went to a carnival, a castle and the beach. Lochmann turned 18 on the trip so their hip-hop teacher sang “New York, New York,” by Frank Sinatra and Fini presented him with a cake.

“I felt like I could learn from them and we had male teachers there too. Coming back here I could see a difference. It was drastic,” he said. “I got to learn from the guys and how they use their technique. As a male, dance is slower, stronger and you have to jump higher.”

Villapiana is smaller than Brookhaven and was not a tourist town. Cassisa said it was a good thing for the experience.

“It gave us a chance to get culturally immersed. We could try different local foods,” she said. “It was very nice to be in a setting that was so authentic.”

The students had a chance to collaborate with Italian student dancers. Out of the 30 students participating in their class, seven were Americans. She said there was a slight language barrier to overcome but ultimately they were unified by dance.

Smith said their hip-hop teacher spoke very little English but they somehow understood everything he asked them to do. “I appreciated him.”

“It was such a life changing experience,” Smith said.

She sat in a chair on the second floor of the old Whitworth College Library where her dance class meets. Her fellow classmates practiced dance in the background. MSA’s classes have started back again.

The Brookhaven senior thought about the diverse dancing classes she had taken over the summer in Italy. The different teachers had given her different feedback and it seeped into her dancing.

Michael Mao had taught her how to brush the ground with her heel while working on under and over curves at the barre.

“I can find moments now where I could remember a specific comment from a teacher and the dancing becomes a lot easier,” she said. “When we came here I applied it with dancing and it became easier and more fluid.”

Cassisa said she had always struggled with confidence but the environment in Italy demanded more from her. She said it made her rise to the occasion. In the classroom, she can translate the material she has learned to her technique.

In Port de bras, a warm up they go through, she learned an improvement to the Russian technique of turning the head and tilting it back. Mao had taught them to take their head straight back and then turn to gain more arch and height.

Two months from now they will start the next chapter in their journey by going to auditions for colleges in New York. Upon their return, they have a day where they present their dance portfolio. Currently, they are in the process of applying for college.

Cassisa has a dream to pursue dance and history.

“I hope to combine those two. I know the dancing world is more diverse. Italy opened my eyes to all the opportunities. You can fuse your passions.” she said.

Lochmann would like to end up on Broadway someday or maybe some other performing stage.

“I love theater. Musical theater is my goal. I plan to do it in college and see where it takes me,” he said.

“I want to dance for the rest of my life. It is something I want to do. I love it and I always have.”

Walley is actively pursuing her dream as a dance major at Southern Miss and is a freshman.

Catch MSA’s dancers on the stage as they perform at 7 p.m. Sept. 29 and 30 at the  Enochs Black Box Theatre. The show is free.

For more information about MSA or MSA Dance, visit the website MSABrookhaven.org or their social media which is MSADance.