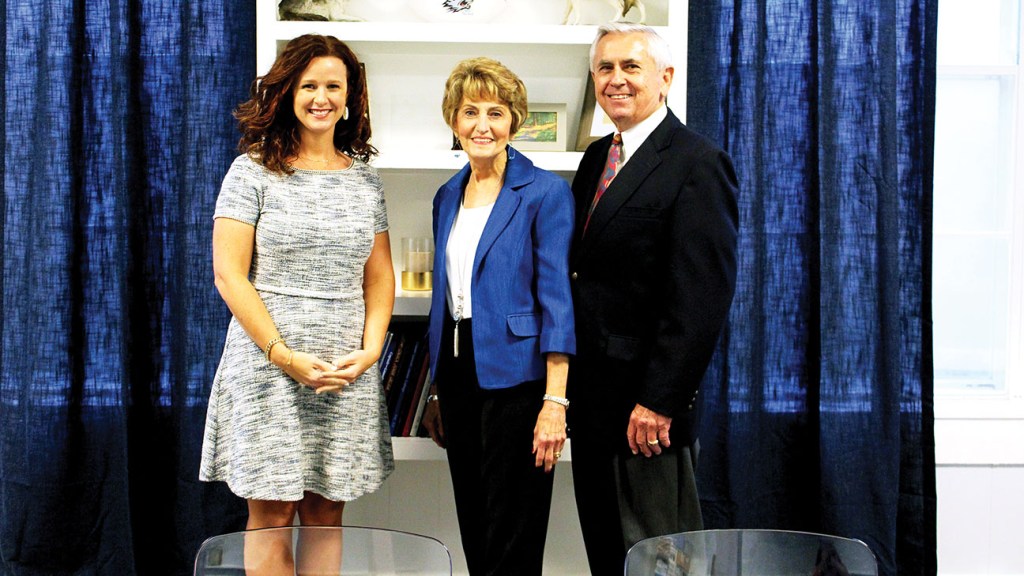 PHOTO SUBMITTED The Winnie Mae Rich Hennington Smith Memorial Scholarship was recently endowed with the Copiah-Lincoln Community College Foundation by Dr. George and Mrs. Zoula Huffman, of Wesson. On hand for the presentation were from left, Angela Furr, executive director of the Co-Lin Foundation, Zoula Huffman and Dr. George Huffman.

The Winnie Mae Rich Hennington Smith Memorial Scholarship was recently endowed with the Copiah-Lincoln Community College Foundation by Dr. George and Mrs. Zoula Huffman, of Wesson. This scholarship was established to benefit a non-traditional student who is enrolled in the Licensed Practical Nurse (LPN) program at the Wesson campus.

Hennington Smith was born April 30, 1916, in Magnolia to Zena and Henry Rich. She grew up in Wesson and graduated from Copiah-Lincoln High School in 1934 and from the college in 1936.

After college, she married William Henry “Bill” Hennington, and they had three children: William Henry, who died in infancy, Zoula Mae and James Caroll. They spent most of their married lives in Wesson. She was active in her children’s school activities, taught the Young Adult Women’s class at the Baptist church and was one of the first hired at the Wesson Potter Company.

When her husband died suddenly at 56, she found herself in her mid-fifties with no real marketable skill to make a living.  She applied for and was accepted into the LPN program at Co-Lin.

She was the oldest in the class but, not surprisingly, graduated as Salutatorian. She worked for KDMC for a few years before returning to Co-Lin to serve as the school nurse and dorm mother, a position she very much enjoyed.

She reconnected with a college friend, Mathew Butler Smith, during a campus Homecoming.  They were married in 1988 and spent many happy years together in retirement. The family hopes that this scholarship will encourage future students to reach for and attain their goal of becoming an LPN.

“We are so grateful to the Huffmans for establishing this scholarship in memory of Zoula’s mother,” Angela Furr, executive director of the Co-Lin Foundation, said. “It is especially meaningful that this scholarship will assist a non-traditional student, just as Mrs. Smith was.”

Contributions to the Winnie Mae Rich Hennington Smith Memorial Scholarship, or any other scholarship, can be mailed to the Co-Lin Foundation at P.O. Box 649, Wesson, MS 39191, or made online at https://www.colin.edu/alumni-foundation/give-now/.