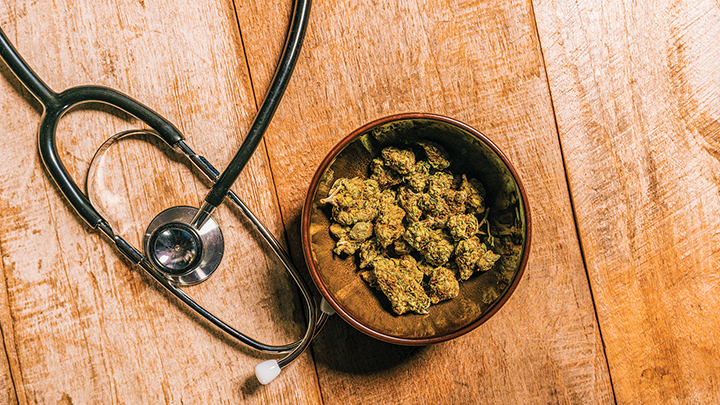 The Lincoln County Board of Supervisors decided Tuesday not to create any new zoning laws to deal with the Mississippi Medical Cannabis Act SB2095, which county voters passed in a recent election.

Though law itself already has specifics on zoning — not close to a church, to where children are schooled and so on — County Attorney Will Allen said supervisors could, if they desired, create zoning themselves to keep marijuana cultivation and distribution exactly where they wanted them, but “you’d need a comprehensive zoning commission, with code enforcers and zoning rules.” He added that it was really not necessary since zoning rules are already built into the medical cannabis law.

“We’ve not had zoning in decades,” he said. “The state is already inspecting in a rigorous process, but you could set up your own zoning commission if you wanted to, but that’s a whole new ballgame, with a process that would take a long time.”

Allen said the board need not bring about more legislation and bureaucracy if the state process is already doing it for them. “The Lincoln County Board of Supervisors didn’t make this law — the people voted for it,” he said. “And the law already says what can be done and what can’t.”

The board decided to leave things well alone. As is, the Department of Revenue is responsible for licensing dispensaries and started accepting applications in July. Waiver forms available allow potential businesses to get permission from schools or churches to operate if they’re less than 1,000 feet away, but no closer than 500 feet, Mississippi Today reported. Without a waiver, dispensaries must be at least 1,000 feet away. The law also doesn’t allow dispensaries to be within 1,500 feet of each other.

On Aug. 30, county voters passed accepting the cultivation, processing, sale and/or distribution of medical cannabis in Lincoln County by a vote of 1,387 (53.5 percent) for and 1,203 (46.5 percent) against.

On Feb. 2, the Mississippi Medical Cannabis Act (SB 2095) went into effect. The act contained a “local option” which allowed counties and municipalities to “opt out” of the cultivation, processing, sale and/or distribution of medical cannabis and cannabis products.

Supervisors had completely opted out on March 20, which was their right to do, according to the rules. That meant that all cultivation, processing, sale and distribution of medical cannabis and cannabis products were illegal in the unincorporated portions of the county despite 9,184 people (54.22 percent) voting in favor of medical cannabis in Lincoln County in November 2020.

In other business, supervisors discussed the following:

• Continued road and bridge work in the county

• Mattie Williams again talked about St. Paul Road and how recent rain has made it even worse to drive on

• The new budget, which will have no tax levy increase, to be approved Sept. 13.