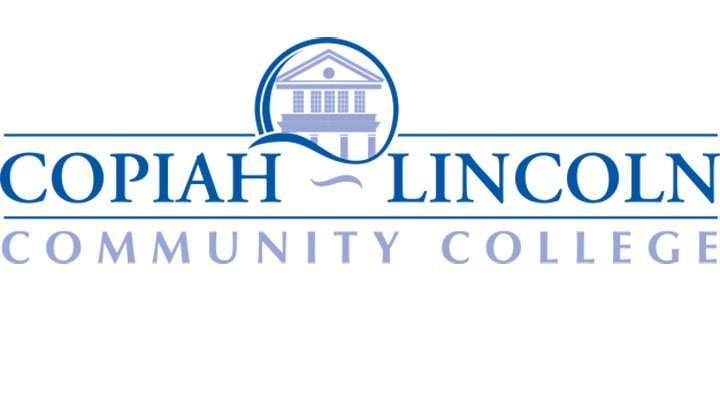 The Copiah-Lincoln Community College Athletic Alumni Association will induct five members into the Sports Hall of Fame during Homecoming festivities on Thursday, Oct. 6.

This year’s class includes Chris Caughman, of Mendenhall, Latoria Holder, of Pensacola, Florida, formerly of Lumberton, the late Tim Johnson, of Monticello, Matt Mooney, of Phoenix, Arizona, formerly of Brookhaven, and Chandler Rogers, of Virginia Beach, Virginia, formerly of Brookhaven. The five will be inducted during the Alumni Association Awards Reception at 3:15 p.m. in the Thames Center on the Wesson Campus.

Caughman is a 1987 graduate of Co-Lin, where he was a member of the basketball team. While at Co-Lin, he and his team won the 1986 Region 23 Championship and went on to compete for a national championship in Hutchinson, Kansas. During his sophomore year, he was a co-captain and starter. The 1986-1987 team was ranked in the top 20 in the nation for most of the year. Caughman received the John Beard Award for Scholastics & Leadership in 1987 and was the leading three-point shooter on the team that year.

After Co-Lin, he continued his basketball career at Belhaven College, where he was best defensive player in 1988 and was named to the Gulf Coast Athletic Conference team, the All-Region 30 team, and was best offensive player in 1989. He led the team in scoring with an average of 15.6 points a game and holds the second highest single season three-point shooting record of all time at Belhaven. He received a Bachelor of Arts in history in 1989 from Belhaven.

He has continued his education by attending graduate schools of banking at the University of Mississippi, Louisiana State University, Southern Methodist University, and the Southeast School of Commercial Lending at Vanderbilt University. He began his career as a basketball coach and teacher working at Hillcrest Christian School, East Rankin Academy and Simpson County Academy. He currently works as senior vice president of Peoples Bank and has served as a Mississippi state senator for District 35 since 2016, where he has spent the last three years as chairman on the banking committee. He is president of Simpson County Youth Leadership. He is a past president of Simpson County Ducks Unlimited, Magee Lion’s Club, Simpson County Academy, Mendenhall Area Chamber of Commerce, and the Simpson County Economic Foundation, and he is a past board member of the Magee Chamber of Commerce and the Co-Lin Foundation. He was named Co-Lin Alumnus of the Year in 2019. He and his wife, Melissa, have three children Cade, Abby and Bryce.

After Co-Lin, Holder went on to play basketball for Southeastern Louisiana University. She graduated in 2012 with a bachelor’s degree in general studies and a minor in athletic coaching. She played semi-professional basketball for five years. During the 2013-2014 season, she worked as an assistant coach for Terry High School girls’ varsity basketball team and as head coach for the girls’ junior varsity basketball team. During that year, the team won district and south state. She currently lives in Pensacola, Florida, where she works for the United States Postal Service.

Johnson was a 1982 graduate of Co-Lin, where he was a member of the tennis and football teams. While at Co-Lin, he won a state tennis title in men’s doubles twice and was a runner-up in regionals.

After Co-Lin, he played USTA league tennis for many years and won several district championships and two state championship titles in men’s 4.0 tennis.  He worked as a manager at Wal-Mart Distribution and then Georgia Pacific for 21 years. Johnson was a member of Bethel Baptist Church. He and his wife, Melissa, had two children, Jessica Darlene Johnson Channell and Timothy Crawford Johnson, and three grandchildren, Fisher Gage Channell, Asher James Channell and Beau Crawford Johnson. Johnson passed away Feb. 12, 2021.

Mooney is a 2002 graduate of Co-Lin, where he was a member of the golf team. While at Co-Lin he placed second in the 2002 NJCAA DIII National Tournament, and he was named First Team All American after posting the second lowest score at the national tournament. He was a medalist in the 2002 Hinds Community College Spring Invitational, and he was named to the MACJC All-Tournament Team in 2001. He was president of the Baptist Student Union and Phi Theta Kappa, where he was named Distinguished Academic All-American. He was elected Mr. Co-Lin and to the Co-Lin Hall of Fame.

He currently is the senior vice president and director of investments and operations at Parkway Properties in Phoenix, Arizona, where he is responsible for the oversight of operations in the Western U.S. and pursues new investment and development opportunities across the Sunbelt and Mountain West. He also serves as director for the Catch-A-Dream Foundation and is involved with the Urban Land Institute and Phoenix Thunderbirds. He and his wife, Anna, have three children, Connor, 12, Kathryn, 10, and Cullen, 7.

Rogers is a 2012 graduate of Co-Lin, where he was a member of the football team. While at Co-Lin, he was a two-year starter and led his team to the 2012 State Championship. During his time at Co-Lin, he had 320 completions for 4,254 yards with a 60 percent completion rate and 37 touchdowns. He was named to the All State and All Region teams.

After Co-Lin, he played football at Arkansas State and graduated in 2015 with a bachelor’s degree in finance. He currently serves in the U.S. Navy as a member of Seal Team 4. He and his fiancé, Hanna Qedan plan to marry in October.

Admission to the Alumni Awards Reception at the Thames Center is free. Social time will begin at 3:15 p.m., with the awards program starting at 3:45 p.m. Kickoff for the Homecoming game against Mississippi Gulf Coast Community College is at 6:30 p.m. For more information on Homecoming events, visit www.colin.edu.