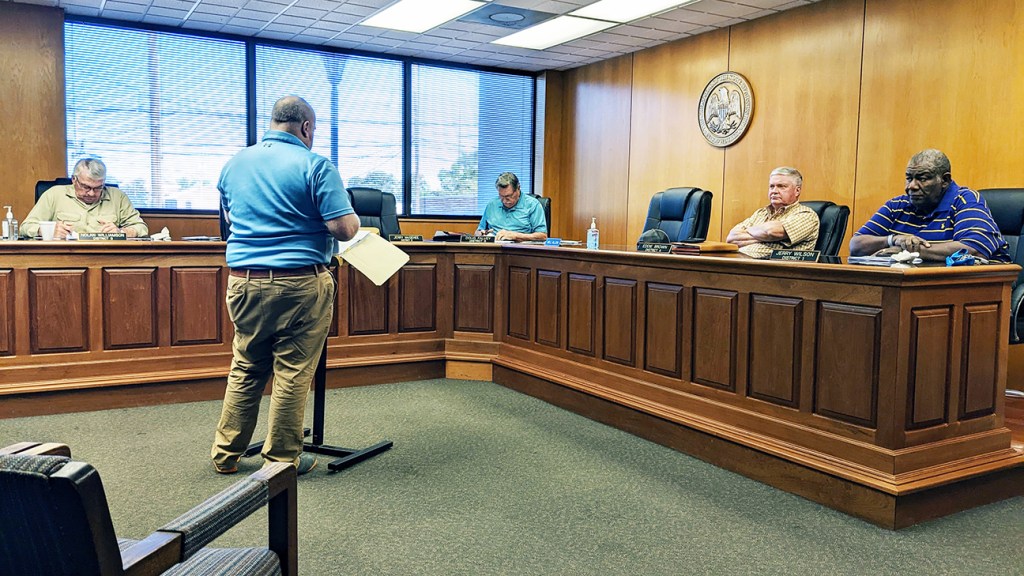 PHOTO BY ANGELA CUTRER / Lincoln County Administrator Daniel Calcote presents the proposed 2023 budget to the Board of Supervisors Tuesday.

The Lincoln County Board of Supervisors approved a new budget Tuesday with one important modification: County Administrator Daniel Calcote made sure to assign all the incoming American Rescue Plan Funds to be used on supervisors’ lists of road and bridge work.

“We just want to make sure we expend all those ARPA funds, even if some aren’t [specially] settled on a [particular] project [at this time],” Calcote said. “We’d rather over-budget than under-budget.”

The concern comes from the fact that only $3.3 million — half of the expected funds — have been deposited with the county, with the remaining $3.3 million funds not yet received. County officials want to make sure the full scope of the funding is assigned and used before any entity can have a notion to take any of it back. Though there is no current situation that might call for that to happen, Calcote wanted to be on the safe side, he said.

The supervisors approved the budget 4-1, with District 1’s Jerry Wilson voting no.

• Approved the county’s match of $5,312.20 to the CDBG AITX Rail Spur Fund from the general fund to the rail fund

• Approved the meal county sheets for weeks 48 and 49