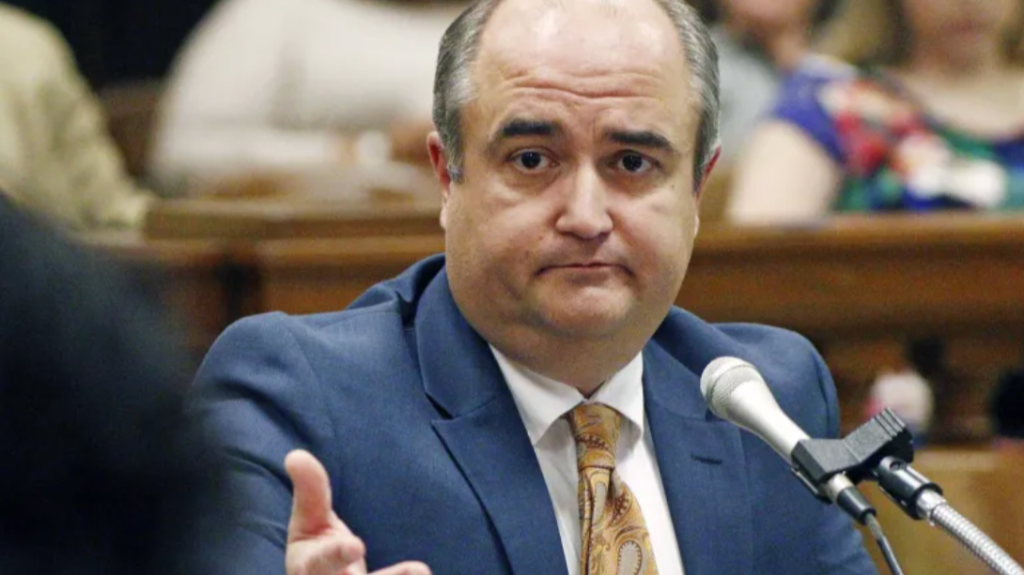 John Davis, of Brookhaven — former director of the Mississippi Department of Human Services — is facing new bribery charges for his alleged role in the state’s sprawling welfare embezzlement scandal.

Former welfare agency director John Davis, of Brookhaven, is set to plead guilty on Thursday to two federal charges and 18 state counts of fraud or conspiracy related to his role in the Mississippi welfare scandal, according to separate federal and state court filings.

The new federal charges pertain to welfare funds Davis allegedly helped funnel to the companies of retired professional wrestler Ted “Teddy” DiBiase Jr., son of famed WWE wrestler Ted “The Million Dollar Man” DiBiase. Davis and Teddy DiBiase Jr. had developed a close relationship during Davis’ term as welfare director from 2016 to 2019, as Mississippi Today has reported in its investigative series “The Backchannel.”

Davis instructed two nonprofits receiving tens of millions in welfare funds from his department to pay Teddy DiBiase Jr. under what the federal court filing called “sham contracts” to deliver personal development courses to state employees and a program for inner-city youth, “regardless of whether any work had been performed and knowing that no work would ever be performed.”

Davis, who had not previously faced federal charges for his role in the welfare scandal, is the latest defendant to plead guilty and agree to aid prosecutors. In April, Nancy and Zach New pleaded guilty to state charges in the welfare case as well as to separate federal fraud charges they faced related to public school funding. The News are cooperating with federal investigators, who continue to probe the welfare scheme and who else may have been involved.

The federal bill of information unsealed Wednesday, to which Davis is set to plead guilty, also describes four unnamed co-conspirators in the scheme. Based on the incorporation dates provided in the filing for the co-conspirators’ affiliated organizations or companies, Mississippi Today identified three of the alleged co-conspirators as Nancy New, director of Mississippi Community Education Center; Christi Webb, director of Family Resource Center of North Mississippi; and Teddy DiBiase Jr., owner of Priceless Ventures, LLC and Familiae Orientem, LLC.

A fourth unnamed co-conspirator, a resident of Hinds County, is unidentifiable in the filing.

Davis and the three alleged co-conspirators are each facing civil charges in an ongoing lawsuit Mississippi Department of Human Services is bringing in an attempt to recoup welfare money from people who received it improperly.

“As a result of the actions of DAVIS, the Co-Conspirators, and others, millions of dollars in federal safety-net funds were diverted from needy families and low-income individuals in Mississippi,” the federal filing reads.

The bill of information signals that Davis chose to waive a formal indictment and plead guilty to one count of conspiracy to commit wire fraud and one count of theft, which come with maximum prison sentences of five and 10 years, respectively. The court filing does not indicate what kind of deal he received for pleading guilty.

Casey Lott, the attorney for Webb, who is facing civil charges but has not been charged criminally, said his client stopped making payments to Teddy DiBiase Jr. when it became clear his companies were not conducting the services.

“The DiBiase’s and their organizations contracted to provide services to needy families,” Lott said in a written statement Wednesday evening. “The problem is they didn’t hold up to their end of the bargain. And once they refused to do everything Christi asked them to do, she refused to award any additional sub-grants to those organizations. This enraged John Davis. He yelled and cursed Christi and other FRC employees for not sending them money anyway. He threatened to cut their funding if Christi didn’t do what he told her to do. And when she stood her ground and did the right thing, he followed through with his threat. Christi is the only one who ever told John Davis ‘no,’ and she was punished for it. She was forced to lay hundreds of people off. Those innocent people who were providing much needed services to the North Mississippi community lost their job because Christi stood up to John Davis and did the right thing. So, to say she’s a ‘co-conspirator’ is absurd.”

Attorneys for New, Davis and Teddy DiBiase either declined to comment or could not be reached Wednesday.

Officers from the auditor’s office initially arrested Davis in February of 2020 on state charges of conspiracy, embezzlement and fraud after a roughly nine-month investigation. Hinds County prosecutors accused Davis of using federal money administered by the agency he oversaw to send Ted DiBiase Sr.’s other son, Brett DiBiase, to a luxury rehab facility in Malibu. The criminal charges pertained to just a small portion of a scandal that forensic auditors eventually determined totaled misspending of at least $77 million in funds from a federal program called Temporary Assistance for Needy Families.

Brett DiBiase pleaded guilty to his role in the scandal — raking in $48,000 from the agency for work he didn’t complete while he was in treatment — in December of 2020.

In April, Davis was indicted again on 20 state charges, including nine counts of bribery, which came with a possible sentence of 150 years.

An order of dismissal filed Wednesday in the state case signals Davis plans to plead guilty to five counts of conspiracy and thirteen counts of fraud in state court Thursday after pleading guilty to federal charges. The filing indicates that Davis will spend his entire sentence in the case in federal court and avoid notoriously harsh conditions of Mississippi’s state prisons, an arrangement similar to the plea deal New received in April. New, her son Zach New, Brett DiBiase, and Mississippi Community Education Center accountant Ann McGrew have pleaded guilty but have not been sentenced.