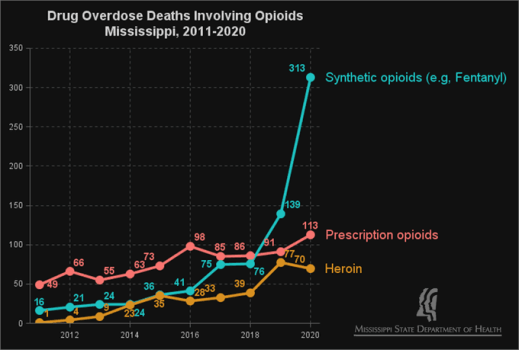 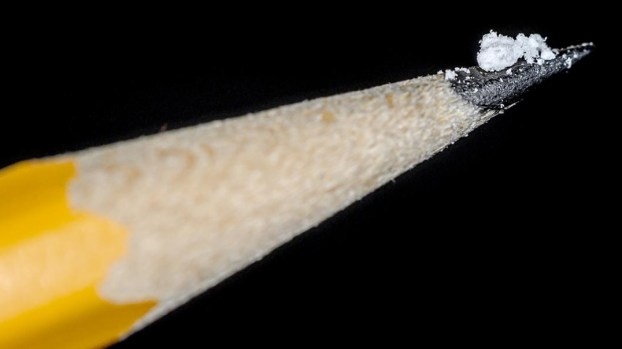 DEA PHOTO This image from the Drug Enforcement Agency shows the size of a fatal dose of fentanyl. 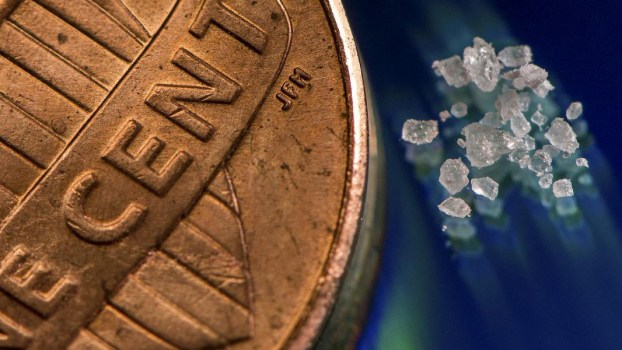 DEA PHOTO This image from the Drug Enforcement Agency shows the size of a fatal dose of fentanyl.

State Rep. Becky Currie drew laughter from other lawmakers when she asked health officials in a public meeting where she could purchase test strips for her grandchildren that would let them know they’re about to consume products laced with fentanyl.

Her colleagues weren’t laughing because she was wanting to purchase the test strips; they chuckled because the potentially life-saving device is considered illegal under state law, and the director of the state’s drug enforcement agency was also in the room.

“I think we can save a whole lot of lives with those test strips,” Currie, R-Brookhaven, said.

The Lincoln County lawmaker’s question represents the realities that lawmakers in a conservative state like Mississippi face when considering the best way to combat the nation’s opioid epidemic that has claimed the lives of dozens of Mississippians already this year.

For the second year in a row, House members are poised to introduce legislation to make it legal for people to possess test strips that would notify someone if they’re about to ingest the deadly drug known as fentanyl.

Fentanyl is a synthetic opioid that’s about 50 times more lethal than heroin. The drug has pushed overdoses to new highs in America. Delivering test strips to people is part of a strategy known as “harm reduction” that gives appropriate products to drug users to prevent accidental drug overdoses.

The concept for a test strip is simple: If someone is about the take an illicit drug, they brush part of the substance against a test strip to see if contains trace amounts of fentanyl.

Opponents say the strategy encourages drug users to continue an addiction, but health professionals who testified at the hearing Monday say it’s a useful mitigation strategy that can save lives.

Dr. Daniel Edney, Mississippi’s state health officer, told the Daily Journal that he wants people who use drugs to seek professional help to end their addiction, but they also need “harm reduction” tools to help them in the short-term.

Col. Steven Maxwell, director of the Mississippi Bureau of Narcotics, told the committee that he had no objections to legislators making the test strips legal, and he already does not consider them drug paraphernalia under state law.

Maxwell, who has worked at the agency for nearly three decades, also told the Daily Journal that he is unaware of any state narcotics agent who is charging people with a crime for possessing the test strips.

A House member earlier this year introduced a bill to decriminalize the strips, but it died in committee.

But a key committee who oversees drug policy legislation is now behind the effort to decriminalize the tool.

“We’re fighting tooth and nail to save our kids,” Yancey said. This is not the end-all be-all, but it could be a useful tool.”

The next legislative session begins in January 2023.