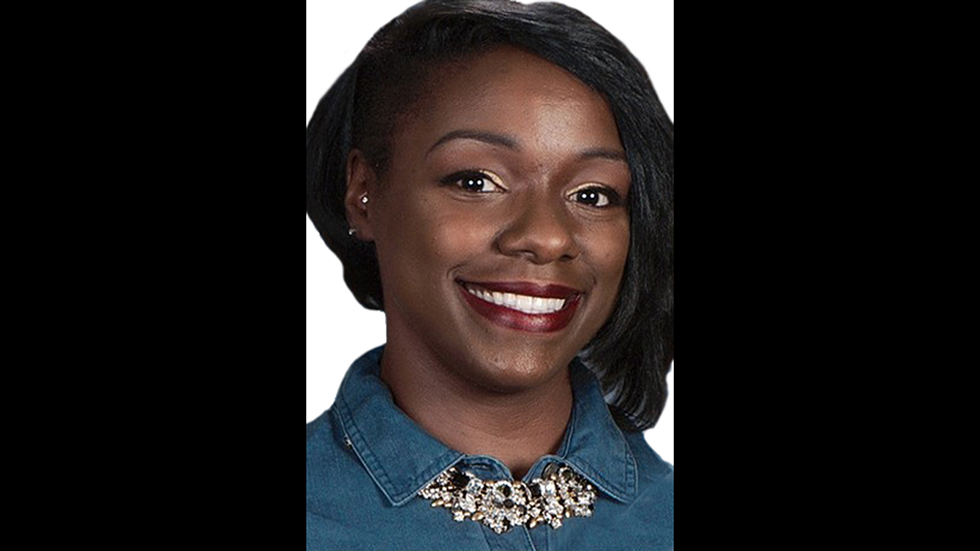 Editor’s note: The following article was published recently in The Ashley News Observer in Crossett, Arkansas. FaBion Barnes is a native of Brookhaven, and a Brookhaven High School graduate.

Barnes is one of 50 teachers, selected from applicants in 45 states, to be accepted for the 2023 Global Learning Fellowship with the NEA Foundation. She is the only teacher from Arkansas to be selected this year.

The NEA Foundation was first established as the National Teachers Association in 1857, and its Website says that its original mission was “to elevate the character and advance the interests of the profession of teaching, and to promote the cause of popular education in the United States.”

The NEA Foundation, through its Global Learning Fellowship, encourages educators who value a global perspective. The fellowship gives teachers the opportunity to engage with other like-minded educators in a variety of ways, including online coursework and webinars, which begin at the end of September.

There is also the added benefit of face-to-face interaction during the two-day Global Fellowship Conference held in Washington, D.C. on Oct. 22 and 23, and a 10-day international field study.

The field study will be in South Africa. Barnes said it will include tours of local schools, and community tours of Cape Town and Soweto, a township located in Johannesburg.

The itinerary also includes sites that students of history recognize as holding global importance, such as District 6 and Liliesleaf Farm.

District 6 is an area known for the forced eviction of tens of thousands of people of color that lived there during apartheid. The District 6 Museum educates visitors about the tragic events that transpired there.

Prior to apartheid, the area was a melting pot of different cultures and backgrounds, and people from all walks of life.

Liliesleaf Farm was used as safe house in the 1960s for activists in the African National Congress, and is now a museum and a South African national heritage site.

The ANC is the political party that opposed apartheid and placed Nelson Mandela in the position of President through the country’s first democratic election in 1994.

After the field study is completed, the fellows present their projects, which are intended to allow educators beyond the program to learn from what they have learned.

Barnes said she learned about the opportunity through an NEA Foundation e-mail.

“I saw it, and I thought, ‘I want to go to South Africa,’” Barnes said, adding, “The opportunity to travel and work with children really sparked my interest.”

She then mentioned it to a colleague, who suggested they both apply.

“When I filled out the application, I said some prayers. And I thought, ‘I’m going to get this,’” said Barnes.

Her optimism was not misplaced. Barnes checked her e-mail, where she found the confirmation that she had been chosen for the fellowship.

Barnes said she was beyond excited when she found out. “It’s such an honor. I just started crying, I was so grateful.”

Barnes admitted she has a penchant for “the beauty of other cultures.” She often incorporates pieces into her wardrobe—such as using chopsticks to fasten her hair—and welcomes the questions it sparks in the students.

“I wear everything. They are used to me now,” she explained.

“Every race, demographic and nationality is important,” Barnes said. “I want everybody treated equally. We just need to embrace that.”

Her previous teaching experience lends to a global perspective as well. She taught international students when she relocated to Texas in 2015.

“I taught for two years at Trent International School in Houston. None of the students were from America,” said Barnes. She taught students from African countries, Taiwan, China, and Russia, to name a few.

She discovered quickly that she and the students all had one thing in common—a love for music and dance.

Barnes continues to share her musical inclination with the children she works with. She said she and her students have been working on topics like emotional expression through music and dance and exploring musical genres this past week.

Barnes said that although she has always been very musically inclined, she did not make the decision to teach the subject hastily.

Her parents, Lamar and Ruby Barnes of Brookhaven, Miss., both spent time as educators. Her mother chose that as her permanent career and retired as an educator; her father retired from General Motors.

She took choir and music throughout high school, and it was her choir teacher that accompanied her to one of the colleges she was thinking of attending.

Barnes decided to accept a full scholarship to Alcorn State University, where she had the option of majoring in music education or performance.

“I’m not a soloist,” Barnes said, “So I chose Music Education.”

Barnes believes she made the right choice, and will soon celebrate another milestone in her teaching career.

Barnes returned from Houston to Hamburg in 2017, where she had begun her teaching career four years earlier.

The same year she returned to Hamburg School District she was awarded Teacher of the Year.

The district recognized Barnes again, this time for being awarded this fellowship at the most recent Hamburg School Board meeting.

At the request of Hamburg School District Superintendent Tracy Streeter, she stood up and shared the good news with her colleagues.

Barnes, who is originally from Mississippi, also shared a story from when she first began teaching in 2013 at Portland Elementary School.

“My students asked me, ‘Are you a tiger or are you a razorback?’ I said, ‘What’s a razorback? That sounds kind of scary,’” Barnes recounted.

Her students were surprised to discover that they knew something their teacher did not.

Barnes told her fellow educators, “The whole class taught me what it was.”

Streeter said the district was looking forward to hearing what Barnes learned abroad.

“We want her to come back and educate us,” Streeter said. “We are proud of her and for her.”

Before Barnes finished addressing her colleagues, she recognized the goals they share as educators.

“We want to help the school district be who we are, but better,” she said.

Learn more about the NEA at neafoundation.org.