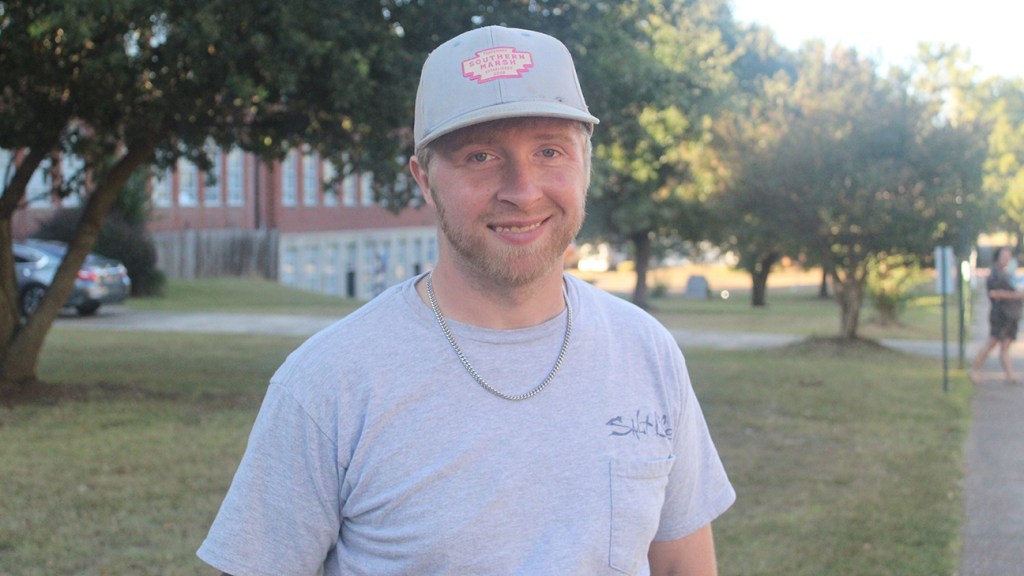 BROOKHAVEN — Austin Walker watched as his little girl pushed her bike down a hill with her legs outside of Brookhaven Elementary School on Church Street, close to where The Dart landed Thursday afternoon. His stepdaughter was learning how to ride a bike.

He stepped back and watched as she tried to get a hang of it. Memories from his childhood flooding back. Walker said he learned how to ride his bike when he was about seven or eight years old.

“I remember the time it clicked, it was a good feeling,” he said. “You could ride without your parents.”

For 33 years, he has lived in Brookhaven. It has felt like home because the people here make it home. Brookhaven’s hidden gem is often revealed when people leave.

“Everybody thinks there is greener grass on the other side,” he said. “But they always want to come back on this side of the fence.”

A graduate from Loyd Star, he went straight to the oil field when he got out of high school.

His destination was an oil rig offshore. It is pretty rough work but one that pays the bills. To this day, he still works offshore. Half a month, or 14 days, he is offshore and 14 days he is back home in Brookhaven.

“You miss home but at the same time it pays the bills and it is a good living,” he said. “I take care of my step daughter in my free time. Being a parent is one of the best feelings you can ever imagine.”