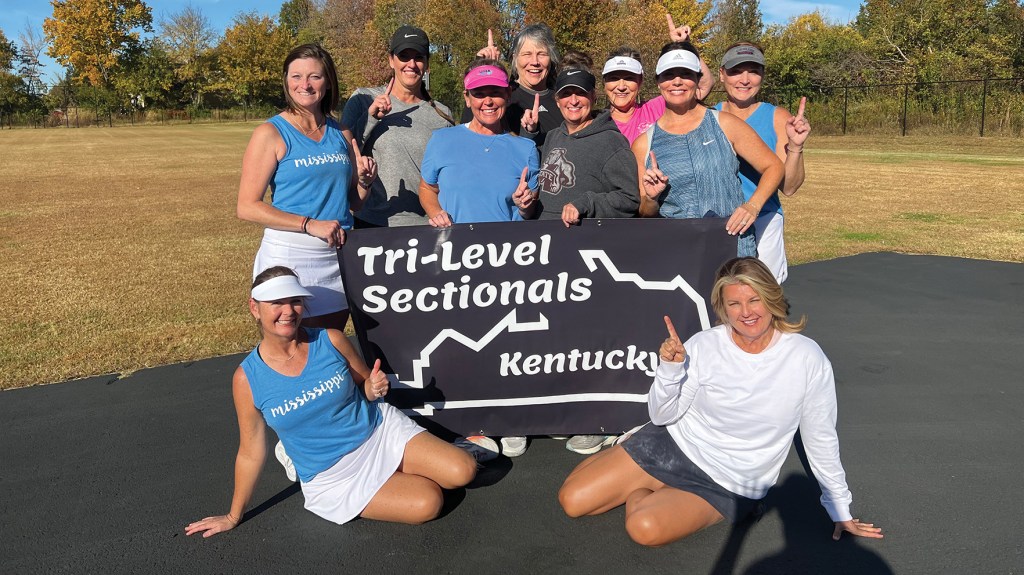 LOUISVILLE, Ky — Brookhaven’s USTA 40 & Over Tri-Level team had a great weekend competing in their tennis sectional tournament and bringing back first place from Louisville, Kentucky.

Team captain Becky Green said it was the highest honor they could receive in their tennis division.

Green said they accomplished their goals for the year and then some.

“Our goal was to win state and go to sectionals. We didn’t think much about winning it,” she said. “We compared our results to the other teams after the first round and realized we had a shot. We kept going with our strongest lineups and we went undefeated. It felt pretty awesome — the fact we could win and compete at that level.”

Brookhaven has long had a historic tennis culture within the city and there are a lot of young players that have great potential for the future, said Green.

Over the next several years she expects the potential to be displayed in more titles like the one won this weekend.

Green and her sister and co-captain Nancy Fisher both have had an impact in growing the game of tennis in Brookhaven as they’ve both previously served as coaches for the sport at Brookhaven High.

The USTA tri-level does not have a national tennis tournament and sectionals are as far as a team can go.

Green said they won all they could and celebrated.