The Dart: German devotes himself to service 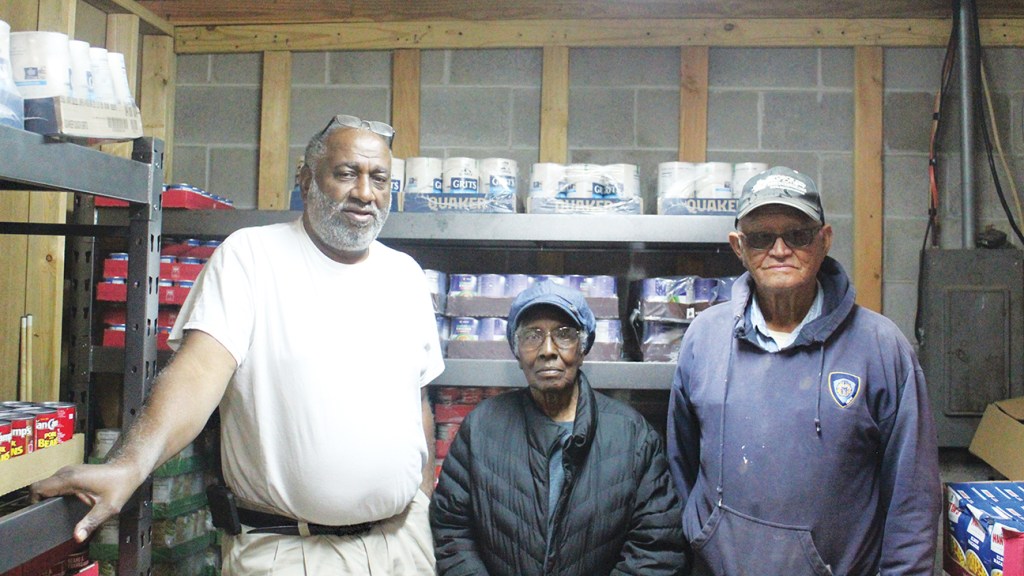 NEW SIGHT — LeVander German stepped out of his dodge ram truck to unload a trailer of canned goods being dropped off at the Greater Hope Food Pantry. Flora and Pete Kelly said he has helped out the ministry tremendously close to where The Dart landed Friday morning.

German grew up in Edwards, Mississippi and graduated from Mississippi Valley State University. He met his wife and moved down to Brookhaven where he became a basketball, football and track coach at Alexander Junior High.

Three years ago, he joined the New Hope Missionary Baptist Church who runs Greater Hope Ministries. In his retirement, he became involved in a gospel group going around to different churches and the food pantry.

Greater Hope’s food pantry was started around the time of Hurricane Katrina hitting Louisiana and Mississippi. It is open on the second Saturday each month and they try to provide as many bags of food to people as possible. Flora said about 200 people are served each month.

German has been all over the Southwest Mississippi area. He started out at Alexander in 1977 before leaving for a job in McComb in 1988 and he went on to Hinds County Agricultural High School before coming back to Alexander as a principal.

Since retiring from education, German just works in the church. He said they brought him in and treated him like family.

“It is another way to do what the Lord says to do. Live your life to serve and love people,” German said.

He said people should think more about how they can help each other instead of criticizing others.

“The world would be a better place if we keep working towards what we need to do to help others,” he said.

All of his years coaching were enjoyable. It is a career he can continue to see the fruits from even in retirement.

“I think we molded some young men,” he said. “Every now and then I see them and I know we didn’t do a bad job. Most of my time is spent with the church. I just want to see if I can do what I can to help people.”