Cohen resigns from State, Harsin out at Auburn 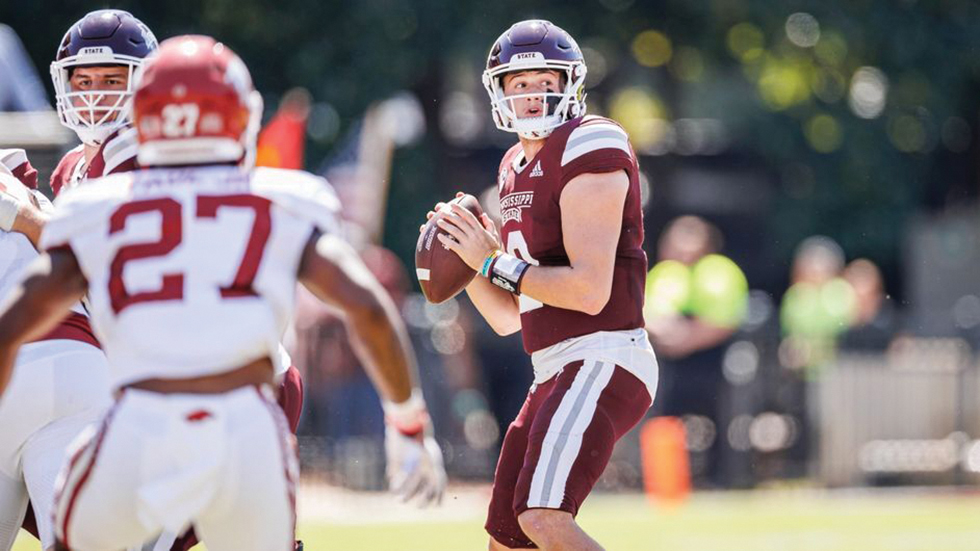 PHOTO COURTESY MSU SPORTS INFO Will Rogers of Mississippi State, pictured, will look to lead the Bulldogs to victory Saturday against an Auburn team without a head coach and who is reportedly hiring former athletic director John Cohen.

Keenum said: “We thank John and Nelle for their long and dedicated service to MSU. In many ways, MSU is a victim of our own success in that several former MSU athletics directors have transitioned into similar roles at peer institutions in the Southeastern Conference. That fact speaks to the growing culture of success among our student-athletes and the commitment of our university, our alumni and friends and our fans to competing at the highest levels of collegiate athletics and doing so in the right way. Together as the Bulldog family, we will move purposefully to find a new leader who can both embrace and build on that culture of success.”

“Bracky is well-known and highly respected in the Southeastern Conference and across the NCAA and I know he will maintain stability and focus as we move forward with a search for a new athletics director,” said Keenum.

Cohen, an MSU alumnus who served the university as a varsity student-athlete, a head coach, and finally as athletics director, leaves an enviable legacy in Starkville. During Cohen’s tenure, MSU won the 2021 College World Series in baseball – the first national championship in the institution’s history – and a total of five Bulldog programs have turned program-best seasons including softball (2022), baseball (2021), volleyball (2021), soccer (2018) and women’s basketball (2017, 2018).

It has been reported through Ross Dellenger at Sports Illustrated that Cohen will take over the Athletic Director role at Auburn University. Mississippi State plays the Tigers this Saturday.

The Bulldogs will play a team who is without head coach Brian Harsin. Auburn announced it was parting ways with Harsin in a press release Monday.

“Auburn University has decided to make a change in the leadership of the Auburn University football program. President Roberts made the decision after a thorough review and evaluation of all aspects of the football program,” the release said. “Auburn will begin an immediate search for a coach that will return the Auburn program to a place where it is consistently competing at the highest levels and representing the winning tradition that is Auburn football.”