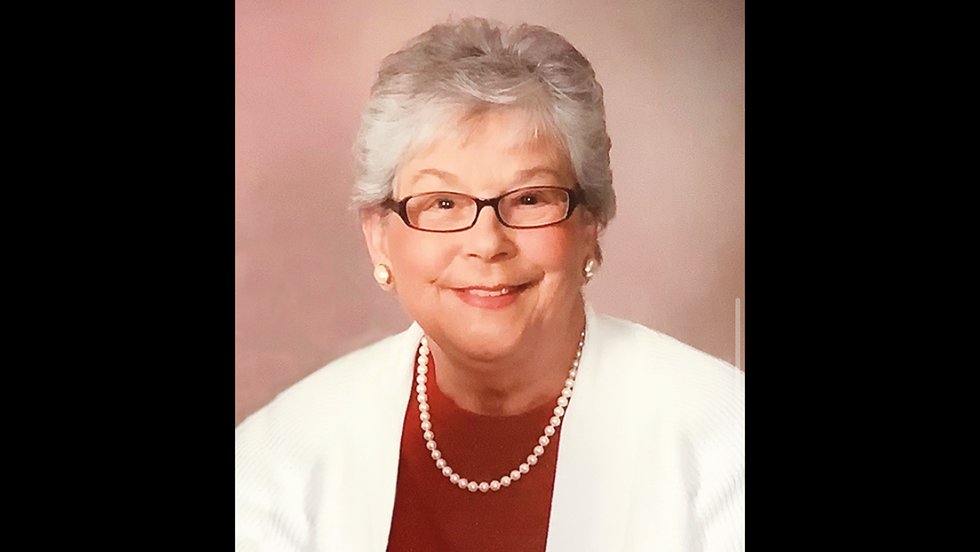 Katie, as most people knew her, grew up in Clyde, Ohio, as the second youngest of seven children. In high school, she played clarinet in the marching band. She graduated from Clyde High School in 1955, and after graduation went to work for Whirlpool, where she was the switchboard operator and performed various other secretarial duties. Katie was also a model for Whirlpool in 1956 in their ad campaign, “The Kitchen of the Future.”

She met the love of her life, a college boy from Bay Village, Ohio, Harry R. Plotner Jr., and after dating for a while, they were married on October 11, 1958. To this marriage four children were born, three sons and a daughter.

Katie was a stay-at-home mom who was always involved in her children’s lives as they grew up. While her children were young, she also enjoyed bowling in women’s leagues in her community. Harry’s work would lead them to move somewhat frequently, usually to another state such as Ohio, Georgia, Mississippi, and West Virginia. With each new address, Katie would work diligently to get their new home in order, making sure that her children were enrolled in school and other activities, but most importantly finding a church to be a part of because this was so very important to her. Katie’s faith was central to her life, and she wanted to make sure that her loved ones also found peace and purpose in her Lord and Savior, Jesus Christ. Katie liked being involved in different areas of service in the church, such as helping with Sunday School, Vacation Bible School, and the Women’s group. She always enjoyed volunteering in the different activities of her children, and, in fact, one year was the cookie chairman for her daughter’s Girl Scout troop — which she said she would never do again. She would play board games, cards, and various other games with her children, but she would also enjoy challenging them to a good ole arm wrestling match — which she tended to win most of the time.

Once her youngest son, Ryan, started school, Katie began working as an office manager for a company that owned two different nursing homes. This kept her busy for several years. Then in 1977, she and Harry moved the family one more time back to McComb, Mississippi, to buy a printing company and ultimately forge their own path as the owners of Magee Printing Company in Brookhaven, Mississippi. They worked side by side to grow the company into a prosperous two-location business. Katie’s love of family, her organizational skills, and creativity helped their business to flourish.  In 2003, Katie, along with her husband, began a new chapter of their lives as retirees.

During her retirement, Katie enjoyed working in the yard and her garden, golfing, playing bridge, shopping trips with her daughter, and spending time with her grandchildren and great-grandchildren. She and Harry went on various golf trips with friends and enjoyed some traveling, too.

Katie’s family was of the utmost importance to her, and she loved her children, grandchildren, and great-grandchildren dearly. She was always eager to hear of their hobbies, experiences, and lives whenever they would visit. Just a brief look into Katie’s home, with its refrigerator, walls, and shelves covered with photos of her friends and family, speaks to the joy that her loved ones brought her. And she was as much a blessing in their lives as they were to hers.

Katie was preceded in death by her parents, her in-laws, Harry (Sr.) and Augusta Plotner; three sisters, Jacaueline Bauer, Patricia Gill, and Roberta Berie; and one brother, Harold Mesnard.