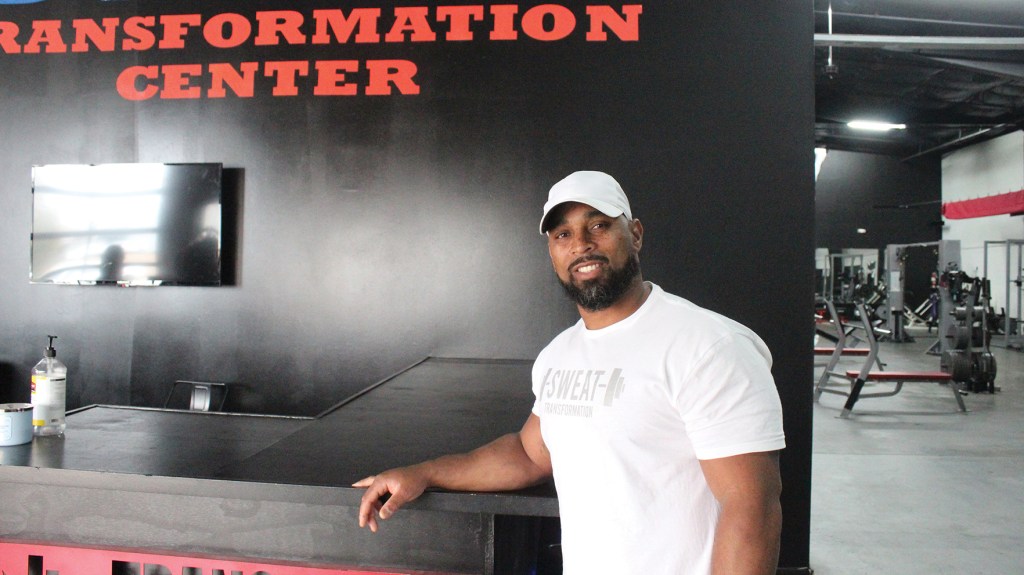 BROOKHAVEN — Sweat Transformation Center owner Rico Sorrell stepped away from gym equipment Friday morning close to where The Dart landed. It was the day after Thanksgiving and some people were working out at the gym on Brookway Boulevard.

He said he is originally from the area but grew up in Las Vegas and graduated from Mojave High School. Sorrell was recruited to play football at the University of South Dakota where he received a degree in Physical Education. His next stop in football was playing for the Sioux City Bandits in the arena football league.

Their games were played in a hockey rink, he said.

“It was a lot more fun and fast paced,” Sorrell said. “I remember my first touchdown was cool. I caught it and got knocked over the boards into the crowd. It didn’t hurt, I was so happy about scoring that I didn’t feel anything. It was the best memory.”

After playing arena football, he moved to Brookhaven and helped his brother with his business before starting his own. A member at Snap Fitness, Sorrell said one day a staff member asked him if he wanted to be a personal trainer there. He almost said no but accepted the offer and became certified as a personal trainer and trained there for six years.

About a year and a half ago, he bought the building to start his own business. It was in rough shape so he invested time, money and energy into cleaning out the building and putting in sheetrock, adding air conditioning and transforming the 100 year old building. He said they cleaned out 120 tons of trash. It was the hardest part of the job but he said it was easy to put the parts together.

His gym is a place where people should put their differences aside and come together to try and be a better version of themselves. Sorrell said the person he is now is nowhere near the person he was when he moved to Brookhaven.

“I came here with nothing and turned it into something. I love fitness because you can turn nothing into something just by working everyday and showing up,” Sorrell said.

His favorite step in fitness is the recovery the body needs to have through sleep and eating. He had just woken up from a nap.

For Thanksgiving, he said his favorite meal to cook is Mac & Cheese because everyone likes carbohydrates but his favorite food to eat on the day is spiral ham for the protein. Sorrell said he tries to workout about four times a week with the other days devoted to rest. Working out too much can cause injuries.

He said he and his wife met in a gym. Sorrell teaches classes while his wife is a personal trainer at Sweat. They work together towards the same goals.

“This building is my footprint. It is 100 years old and I hope it is here for another 100 years,” he said. “ It is a footprint for me. If I leave a proper legacy, I will be here forever.”