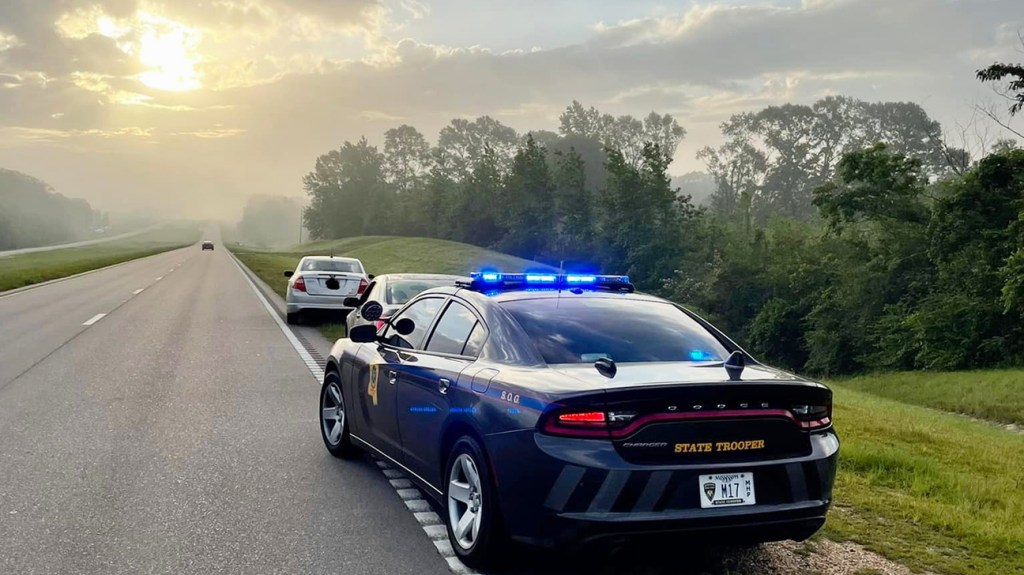 Mississippi Highway Patrol Troop M, headquartered in Brookhaven, made more than 30 drug and DUI arrests, investigated 18 wrecks and issued more than 800 citations in the area over the five-day 2022 Thanksgiving holiday travel enforcement period.

A total of 212 collisions were investigated statewide by MHP. Six were alcohol-related. Forty-three people suffered injuries and six people were killed. The fatalities occurred in Stone, Scott, Leake, Rankin, Clarke and Marshall counties.

Three wrecks took place Saturday. The first was a single-vehicle accident at 5:28 a.m. on I-55 northbound, north of exit 48. The other two were at the same time, near the same location. One involved a single vehicle and the other involved two vehicles. They were at 4:42 p.m. on Hwy. 27 N, north of Mt. Olive Road.

This year across the state, MHP troopers issued 9,179 citations, with 645 for seatbelt and child restraint violations. Troopers assisted 104 motorists, and made 172 arrests for driving under the influence.

In 2021, troopers issued 9,922 citations, with 774 for seatbelt and child restraint violations. Troopers assisted 162 motorists and made 158 DUI arrests. There were 195 crashes, with five fatalities, each in a separate wreck.

A 2008 GMC Envoy driven by Marie Fore, 58, and carrying passenger Donna Rayburn, 79, both from Gulfport, was traveling north on Hwy. 49. The vehicle traveled off the roadway and overturned. Fore received fatal injuries. Rayburn sustained severe injuries and was airlifted from the scene.

At approximately 10:39 p.m. Wednesday, Troop H responded to a fatal crash on Hwy. 501 in Scott County. A 2015 Ford Mustang driven by Tyler Viverette, 26, of Lake, traveled south on Hwy. 501 when it ran off the road and overturned. Viverette received fatal injuries and was pronounced dead on the scene.

On Thursday, Nov. 24, at approximately 12:01 a.m., Troop H responded to a fatal crash on Hwy. 35 in Leake County. A 2013 Buick Verano driven by Shaniqueva Bush, 24, of Kosciusko, was traveling north on Hwy. 35 when the vehicle ran off the road and collided with a tree. Bush received fatal injuries and was pronounced dead on the scene.

On Friday, Nov. 25, at approximately 2:30 p.m., Troop C responded to a fatal crash on Hwy. 49 in Rankin County. A 2004 Chevrolet Silverado was traveling south on Hwy. 49 when it traveled off the roadway and overturned. The as-yet-unidentified white male driver received fatal injuries. He was the only occupant and was not wearing a seatbelt.

On Sunday, Nov. 27, at approximately 8:50 a.m., Troop H responded to a fatal crash on I-59 in Clarke County. A 2006 Hummer H2 driven by Jeremy Williams, 49, of Antioch, Tennessee, was traveling north on I-59 when the vehicle ran off the road, overturned and collided with a tree. Jeremiah Williams, age 10, received fatal injuries and was pronounced dead on the scene. Jeremy Williams was airlifted to University of Mississippi Medical Center in Jackson with serious injuries.

At approximately 9:32 a.m. Sunday, Troop E responded to a fatal crash on I-22 in Marshall County involving a pedestrian. An unknown vehicle was traveling west on I-22 when it collided with Terry S. Scroggins, 30, of Ashland, who was walking west on the interstate. Scroggins received fatal injuries.