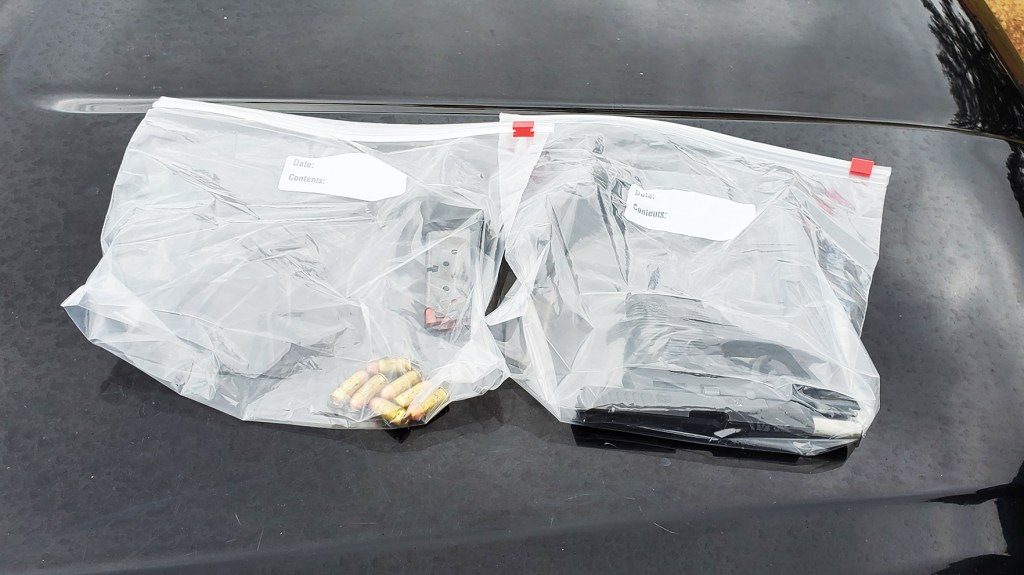 PHOTO BY BRETT CAMPBELL A recovered pistol and its ammo lie in baggies on the hood of Det. Tim Sanders' vehicle after the weapon was recovered in a pursuit Tuesday.

Two juveniles are in custody and a third is sought in connection to a Tuesday afternoon encounter in Brookhaven.

Other officers joined the pursuit, and two of the juveniles were captured around apartments on Cloverdale Street.

Three weapons were recovered by officers.

The incident remains under investigation.