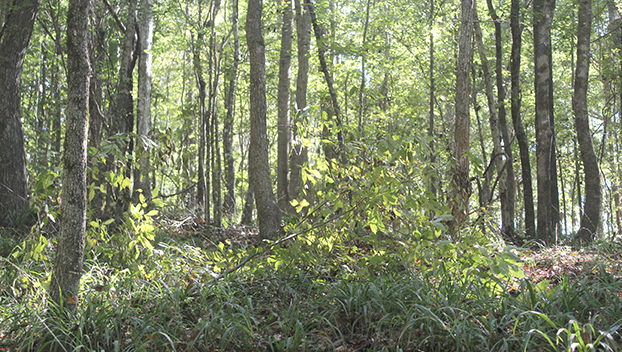 Landowners and hunters can schedule a Private Lands Assistance visit with a biologist from the MDWFP to learn more about how to better manage their property in order to meet habitat and hunting goals. (Hunter Cloud | The Daily Leader)

JACKSON — Hunting season is in full swing with modern gun and waterfowl seasons finally open in the Miss-Lou. Here is a collection of outdoors briefs for all of the hunting, fishing and wildlife enthusiasts.

Biologist on the lookout for sick rabbits

Mississippi detected its first outbreak of Rabbit Hemorrhagic Disease Virus 2 in Oct. 2021 with domesticated rabbits in Madison County. Since then, small game biologist Rick Hamrick said the state has yet to detect any more RHDV2 cases in the state. He said the MDWFP will continue to be on the lookout for the disease in both domesticated and wild rabbits.

Mississippi Department of Wildlife, Fisheries and Parks was awarded $4.3 million in grant funding for a project to improve 90,000 acres of fire dependent habitat. The National Fish and Wildlife Foundation awarded funds to 55 of 527 project proposals and the MDWFP was one of the winners. According to the project description, “A primary focus will be working with conservation partners to conduct prescribed burning on public and private lands to benefit wildlife and forest health. Further, funds will be used for outreach and training for private landowners and natural resource professionals.”

Hunters who harvest a deer in Mississippi are asked to report their harvest through Game Check on the MDWFP’s website or the MDWFP phone app. Game Check allows deer biologists to see county by county data to help inform deer management decisions. According to MDWFP’s game check, 1,121 deer harvests have been reported this year which is less than the number of Chronic Wasting Disease samples of 1,379 this season.