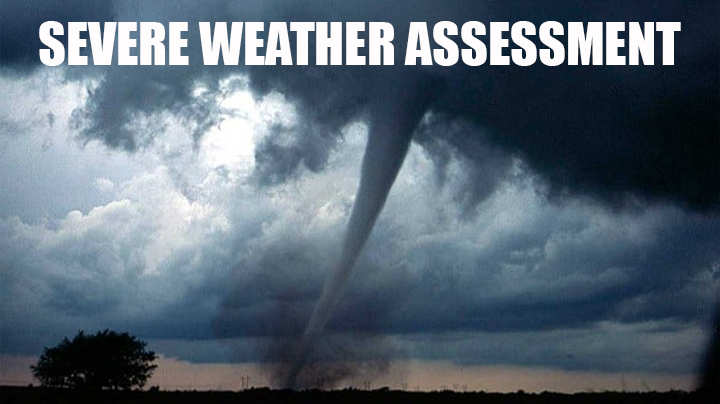 MCCOMB — The National Weather Service New Orleans Office investigated storm damage near McComb and Magnolia Wednesday morning following a series of severe thunderstorms which rolled through the region yesterday. Across the state, 29 tornadoes were reported to have touched down and NWS Jackson investigated three tornadoes.

Reports on the tornadoes are still preliminary. The longest traveling tornado touched down in Pike County near McComb and crossed I-55 into Magnolia. It touched down at 12:42 a.m. Wednesday morning and stopped at 12:59 a.m. An EF-1, it had estimated peak winds of 100 mph with a max width of 250 yards and traveled 9.84 miles. Fortunately, no one was injured or killed in the tornado.

The National Weather Service Jackson Office confirmed an EF1 tornado touched down in Lawrence County near Tilton Tuesday from 4:25 to 4:28 p.m. It had 90mph winds and was about 200 yards wide at its maximum width leaving behind debris and possible structural damage. The storm traveled 1.73 miles with no reported injuries or deaths.

One tornado touched down in South Jefferson Davis County near Ebenezer Church Road and lasted exactly one minute Tuesday from 5:08 p.m. to 5:09 p.m.. It was an EF-0 with estimated winds at 85 mph and traveled .23 miles and had a maximum width of 70 yards.. Zero deaths or injuries were reported.

Another tornado touched down near Bassfield in Jefferson Davis County Tuesday. Trees and power poles were damaged, a mobile home was damaged and a tornadic debris signature was detected. It had an estimated high wind speed of 110 mph and was rated an EF-1.

NWS Jackson said the tornado was on the ground Tuesday from 5:14 p.m. to 5:27 p.m. and traveled an estimated 3.9 miles with a maximum width of 400 yards. Zero deaths or injuries were reported.