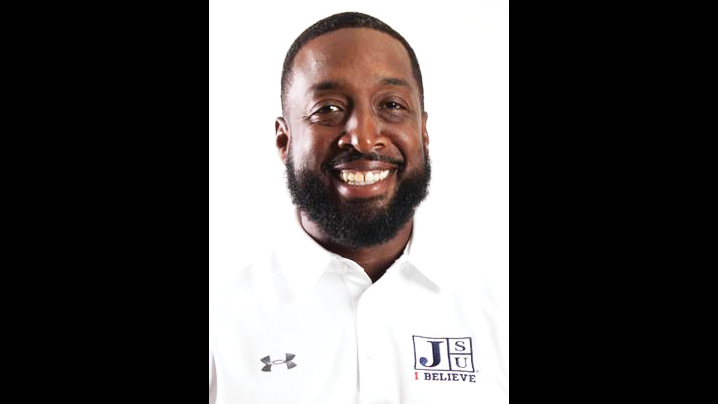 Jackson State did not have to search far to find its next football head coach.

The university announced Tuesday that T.C Taylor, a former JSU player who has been on the coaching staff since 2019, has been hired as the 22nd head coach in the program’s history.

Taylor coached JSU’s wide receivers and tight ends for the past four seasons. He was recommended by outgoing coach Deion Sanders before Sanders left to take the job at Colorado.

“It means the world. Ever since I started coaching, way back when, this was always a dream of mine to say I came back to my alma mater,” Taylor said. “This is the school I played in. I grew up coming here watching football games as a kid. To become the 22nd head coach here is unbelievable. I’m still taking it all in.”

Jackson State (12-0) will play North Carolina Central (9-2) Saturday in the Celebration Bowl in Atlanta, with the HBCU national championship on the line.

Sanders has said he will coach Jackson State in that game before he fully assumes the head coaching position at Colorado. Taylor said the Tigers are not letting the distractions of the coaching change affect them in their game preparations.

“We want to keep the main thing the main thing. We’re 12-0 right now and we talked about being 13-0 when we started the season. There is no way we’re going to get to this point and then get complacent,” Taylor said.

Taylor added that the coaching change will not change Jackson State’s recruiting philosophy heading into the December signing period next week. A hallmark of Sanders’ tenure was his ability to land several top recruits who helped Jackson State go 23-2 over the past two seasons and win back-to-back Southwestern Athletic Conference championships.

“We’ve got some good prospects we’re going to be announcing here real soon that I’m excited about. We got a couple of commitments today,” Taylor said. “We’ve got to continue to build with our recruiting. That’s the reason we’re 12-0 and soon to be 13-0 is the type of players we brought in here. We’re not letting off of that. We’re still chasing those five- and four-stars. We want the best football players available and continue to go out and dominate.”

A native of McComb, Taylor played at Jackson State from 1998-2001. He played quarterback for 2 1/2 seasons before switching to wide receiver.

As a senior, Taylor broke the JSU single-season record with 84 receptions for 1,234 yards and 11 touchdowns. He earned several All-America honors and was the runner-up for the 2001 Conerly Trophy.

Prior to returning to JSU as an assistant coach in 2019, Taylor was the offensive coordinator at North Carolina Central from 2014-18.

He has also worked at Texas Southern and Coahoma Community College. Prior to the 2022 season, he was selected for an NFL coaching fellowship with the Tennessee Titans.

As an assistant coach at JSU, Taylor has helped develop some of the best receivers in the SWAC. Several of his receivers have ranked in the top three in the league in receiving yards and touchdowns.

“Coach Taylor’s experience working with our student-athletes, along with his dedication to support and enhance his alma mater, are exactly what Jackson State University needs to continue to elevate the athletic prowess of our football program,” JSU President Thomas K. Hudson said in a statement. “I look forward to working with him as he continues to build on tradition and blaze new trails.