You asked: Where can I fly my drone? 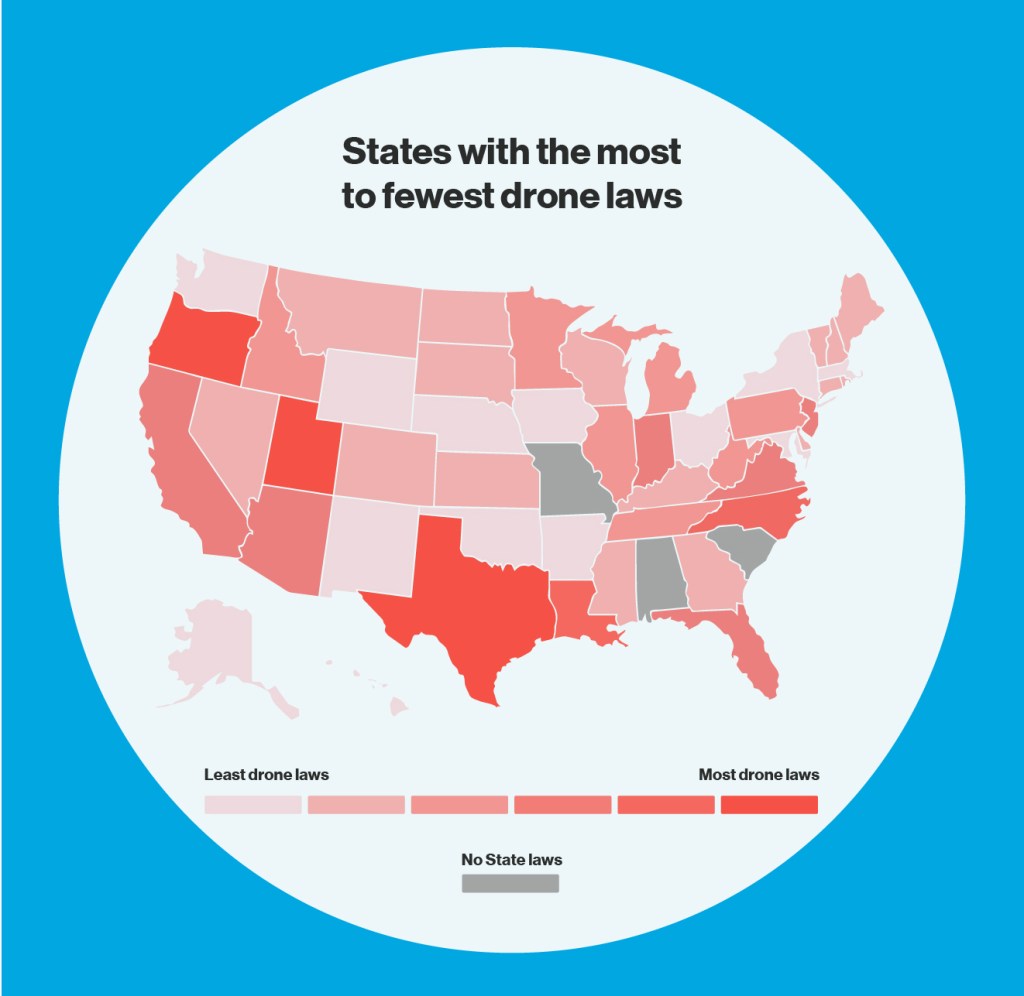 You asked: I’m getting a drone for Christmas. Can I fly it anywhere I want?

Answer: No. There are restrictions in federal, state and local laws on where drones are not permitted.

Drones — formally known as unmanned aerial vehicles (UAVs) — have many uses for commercial entities, governments and individuals. Designated fly zones and laws vary from state to state. Violating those laws could earn a hefty fine.

Current state-level drone laws from all 50 states were recently complied by go.verizon.com and placed into 12 categories.

The research found that three states had no state-level drone laws — Alabama, Missouri and South Carolina. Three others have multiple laws — Oregon, Texas and Utah. New Jersey was the only state with a law related to operating a drone while under the influence of drugs or alcohol. Minnesota is the only state requiring drone insurance. Twenty states restrict use in parks and wildlife areas.

Twenty-four states regulate how close a drone can get to certain buildings or people. Mentioned most often were correctional facilities.

Federal laws also apply. For detailed information, visit faa.gov/uas. These laws include prohibitions against flying over stadiums and sporting events, near airports, and in Washington DC, as well as over wildfires and in hurricanes.

No matter what the specific laws are, drones should be operated safely.