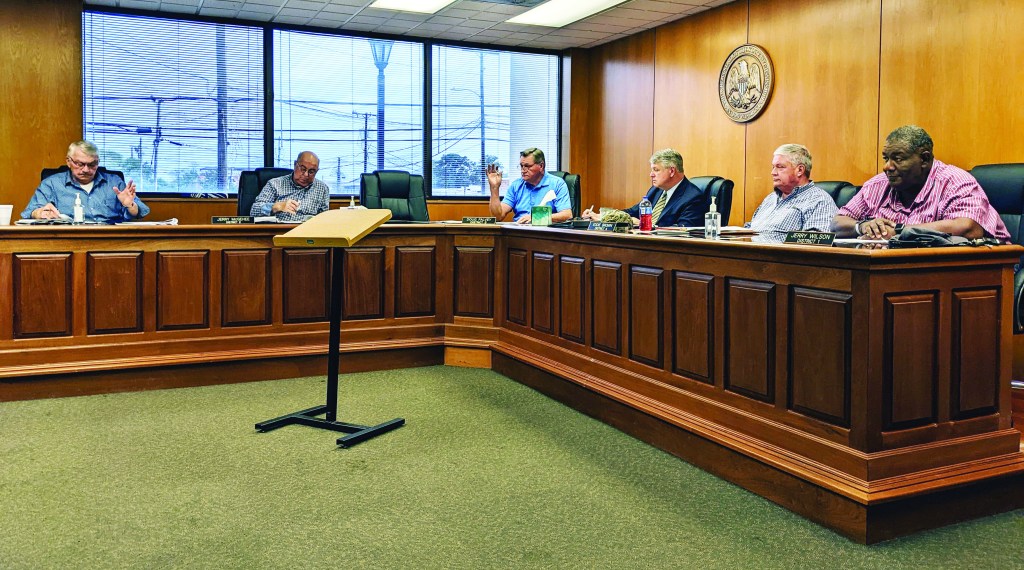 The Lincoln County Board of Supervisors approved numerous county appointments during its first meeting of the new year Tuesday. Electing a new president and vice president came first, and then moved on to approving the appointments of all other county employees.

The 2022 board president, Doug Falvey, who represents District 5, told his fellow supervisors that he would be willing to continue as president for 2023 if they so wanted him to do so. The board ended up voting 3-2 for Falvey to keep his seat.

Falvey, who thanked his coworkers for the opportunity to continue to serve, also told them of his thanks for their care and concern about a person in his family who suffered a “massive and severe stroke” in the last week. He updated information about the family member’s condition and the outlook for the future.

“Some people might ask why I’m here and not there right now,” Falvey said with dispirited resignation, looking at each supervisor as he spoke. “It’s this: The only thing that I can do when I’m there is sit there and look at her, which is what I’ve done the last five days.” He sighed and then added, “we’ll just have to take it a day at a time – it’s all in the hands of the Lord. I appreciate your prayers, the telephone calls and all you all have done to show you care, and I appreciate it. I really do.”

The rest of the supervisors murmured their words of encouragement to him before the meeting went on.

District 3’s Nolan Williamson was named vice president by a 5-0 vote. Other appointments, also by a 5-0 vote on each, include the following, most of which carry over from the last year:

All of Lincoln County deputy clerks, deputy sheriffs and all county employees as currently employed

Calcote told the board of two fund transfers needing approval – one from general fund as county match for AITX and one covering the Cares Act Fund to Rowell Roofing – and two inventory control sheets. All were approved.

Randy Emfinger, a senior engineering technician with Dungan Engineering, updated supervisors that ongoing projects that are wrapping up and that engineer Holmes will call a meeting soon to meet with supervisors on upcoming projects.

With great timing, the board received a visit from a representative from AAA Asphalt Paving in Florence, Operating Manager Jonathon Robbins. He told the board he was “just a phone call away” if the county needed asphalt and other services. His business could come in handy considering it provides new paving, repairs, seal coating, parking lot striping on both commercial and residential projects, all needed on upcoming projects funded by the American Rescue Plan Act.

County governments across the state have been having a hard time finding enough road construction crews to work now that the clock is ticking on what must be done by the hard deadlines imposed on ARPA funding. This comes after local entities had to wait until Jan. 6, 2022, for the U.S. Department of the Treasury to finally issue the “Final Rule” that governs the eligible uses of funds.