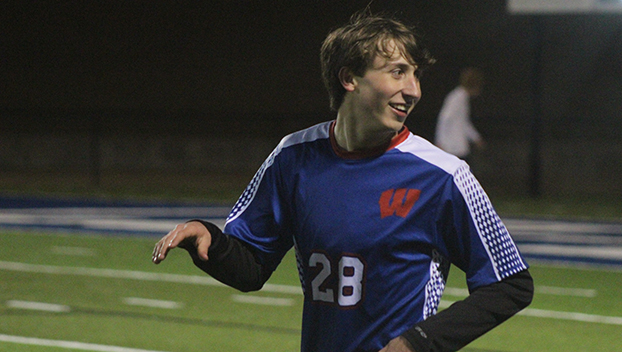 WESSON — Cobras struck first in their boys district match against Bogue Chitto enroute to a 2-0 win Monday night. Connor Brister scored the opening goal after getting the ball on a break away and firing a shot into the back of the net.

The early goal sparked offensive opportunities for the Cobras as they tried to add more to their lead. Coleman Bond scored the second goal on a corner in the second half to put Bogue Chitto further behind.

“The early goal got us going and gave us fire. We were rocking and rolling. We just went into this game wanting to score and take the dub,” Brister said. “On the breakaway, it was just me and the goalie and I shot. We played good defense and locked it down from there on. Our keeper played well too.”

He said the second goal scored by Bonds took away pressure in the game. Wesson moved the ball well and worked hard on defense to limit Bogue Chitto. Goalkeeper Gabe Selman made some key saves to help the Cobras keep a clean sheet as well.

Bogue Chitto’s best chance for a goal came right before halftime when Andrew Merril collided with Selman on a breakaway ball and it bounced out of the keeper’s hands. Wesson managed to clear the ball before the Bobcats could get a shot on goal.

The Cobra’s performance was a reflection of their growth this season. Brister said they have kept growing throughout his senior season. He started playing soccer in seventh grade.

“We have grown well and worked well as a team. Since the start of the season we have talked about getting the ball down the field. We wanted to settle down and push up the ball to create more chances,” he said. “I hope we make the playoffs. I started liking soccer because of the older guys who got me into it. They are gone but I really like the game. I love getting the ball up the field and scoring. Those older guys helped me learn how to play and improve my footwork. I hope the younger guys will be a lot better than me. It is what we are working on.”

Bogue Chitto can find consultation in the way their goalkeeper Deacon Wallace played Monday night. Wallace is a senior who started playing soccer last year but decided to try the spot in goal this season.

His football playing style was fearless and team first and the same could be seen in his soccer matches. Wallace got on the end of some close range shots and breakaway chances which could have made a comeback impossible. His fearless efforts to dive after loose balls kept the match close.

“Goalkeeping is all about focus and determination. You have to have heart. You appreciate your team for staying up on the other end and how long they can hold out on defense,” Wallace said. “All I think about when I’m in goal is ‘get the ball.’ Our goal this year as a team is to learn from the experiences you get every game. This team has exceeded expectations. They have been a good team and will get better in the future after I’m gone.”