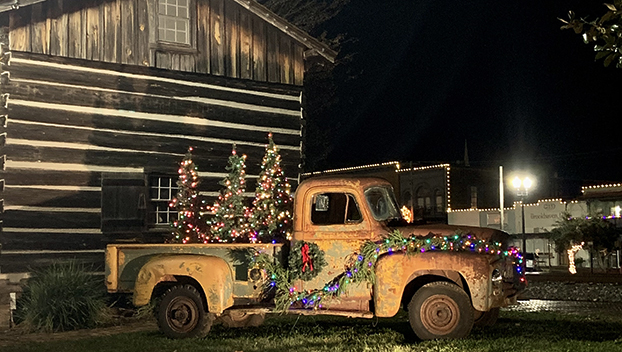 Photo of the Foster-Smith Cabin downtown decorated for Christmas. (Courtesy of Tracey Crozier)

It was a classified ad in one of those nickel newspapers. It read:

My pal called about it. He needed a truck in a bad way. His old one had gone to be with Jesus, his wife was pregnant, and he’d just lost his job.

And in the days before texting, the only way to do business was to use the interstate.

Before we left, he went to the bank. He liquidated his account into a wallet full of $800.

I gave him a ride. We stopped at a gas station outside Cottondale. He filled my tank, then paid inside. He bought two sticks of beef jerky, two scratch-off lottos.

After a two-hour ride we hit a dirt road leading to a farmhouse that sat on several acres of green. Out front: an old man, smoking. He was bony, friendly, tall.

The truck was ugly, painted primer gray to hide rust. The bumpers were missing, the interior smelled like oyster stew.

“I’ll take it,” my buddy answered.

He reached for his wallet. And that’s when it happened.

His pocket was empty.

My friend went ape. He retraced his steps. We tore apart my truck interior, dug through seats, and cussed. When he finally gave up, he sat cross-legged on the ground. He cried until his face looked raw. It was a lot of money to lose.

The elderly man sat beside him. He wrapped his arms around him. It had been a long time since a grown man had done that sort of thing to my pal. My friend was a fatherless orphan, like me.

When things calmed down, the old man’s eyes were red and puffy. He wiped his face and said, “C’mon, son, nothin’s THAT bad. Cheer up.”

The elderly man removed keys from his pocket and placed them in my friend’s shirt pocket. He said, “Listen, that truck is gonna need an oil change when you get it home.”

My friend just looked at the dangling keys.

“What are you saying?” said the kid.

“I’m saying she’s all yours. She ain’t worth that much nohow. I want you to have her.”

“No sir. I’m giving you a piece of crap. You’ll be cussing me later.”

Hugs ensued. Tears were shed. My friend drove that truck for years.

Anyway, that was a long time ago. I haven’t seen my buddy in a hundred years — I’ll bet his baby is already drawing Social Security by now.

Well. I believe these people are dead wrong.

Author, artist, musician, columnist and humorist Sean Dietrich is better known as Sean of the South. 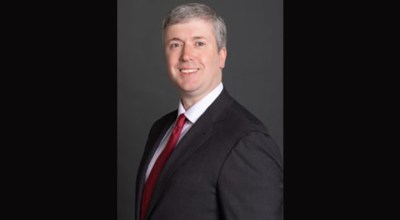