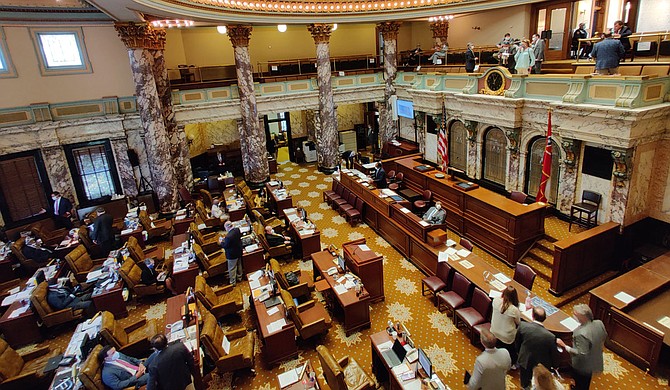 The House of Representatives, after lengthy debate and a partisan vote on Thursday, passed a bill that would ban gender affirming surgery and drugs for Mississippians 18 and under.

The 78-28 vote, mostly along party lines, came after numerous Democratic lawmakers asked why the bill was needed, and why the House wasn’t instead addressing a health care crisis with officials warning 38 hospitals are on the verge of closure.

House Bill 1125, the “Regulate Experimental Adolescent Procedures Act,” is similar to measures passed or debated in other states and was authored by Rep. Gene Newman, a Republican from Pearl.

It would prohibit Mississippi doctors from performing gender affirming surgery or prescribing drugs such as hormone replacement therapy to those under 18. It would allow for the doctors’ licenses to be revoked and create a “civil claim of action” for them to be sued with a 30-year statute of limitations. It would prohibit insurers or Medicaid from reimbursing families for such procedures and would strip doctors who provide them of the state’s generous tort claims protections.

The bill now heads to the Senate for consideration.

Under questioning, Rep. Nick Bain, a Republican from Corinth who made the floor pitch for the bill, said he knows of no cases of Mississippi youth undergoing gender affirming surgery, but said he has heard some are taking hormone treatments. Bain said the University of Mississippi Medical Center had 47 “visits” regarding gender affirming care between 2017 and 2022, but he is unsure if any of those patients were 18 and under.

“To me it’s about taking a wait-and-see approach to make sure that these kids are what they think they are,” Bain said. “… The child still has the right, the ability to live as any gender they want, then when they turn 18 they can make that decision.”

Other than Bain, Republican supporters of the bill were mostly quiet during the floor debate that lasted more than an hour.

Rep. Chris Bell, a Democrat from Jackson, asked Bain, “Wouldn’t we be better off dealing with bills to prevent hospitals closing across our state?” noting the measure was one of the first general bills to be taken up by the House this session.

Bain said such legislation dealing with hospitals would be forthcoming and he believes the Thursday bill “is a compelling public interest for us to be involved in with children.”

Rep. Omeria Scott, a Democrat from Laurel, offered an amendment to the bill to expand Mississippi Medicaid coverage. Her amendment was ruled improper and no vote was taken.

“Instead of dealing with 47 people out of 3 million, this will do something for 166,000 people who need health care,” Scott said of her amendment.

Rep. Zakiya Summers, a Democrat from Jackson, questioned whether supporters of the bill were “taking away parents’ rights.”

“When these types of decisions are made, there’s usually a team, right, not just the child,” Summers said. “There’s a psychiatrist, a psychologist, physicians. Are we saying we want to take away parents’ rights and say we won’t allow them to make decisions for their children based on what medical professionals tell them?”

Bain said, “We take away parents’ rights all the time,” including with custody decisions and other matters to protect children’s well-being.

After the bill passed, the American Civil Liberties Union of Mississippi issued a statement saying the backers of the bill are “forcing policy onto vulnerable young people.”

“Denying healthcare to transgender youth can be life-threatening,” the ACLU statement said. “Research shows transgender youth are twice as likely than their cisgender peers to experience depression, isolation, and attempt suicide. Additionally, transgender youth whose families support their gender identity have a decrease in suicidal thoughts and significant increases in self-esteem.”