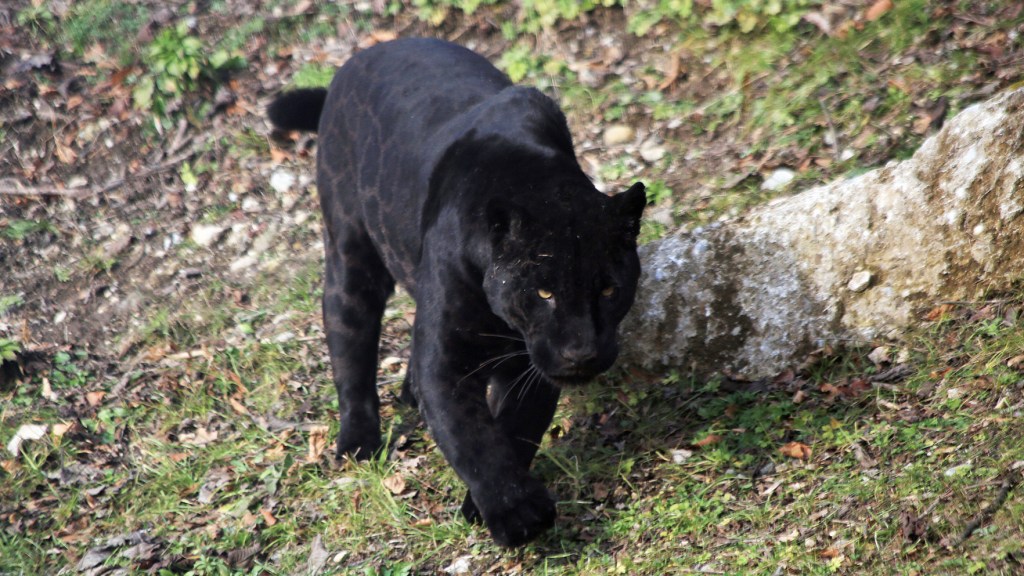 BOGUE CHITTO — Bobcats might be a common sighting in Bogue Chitto but black panthers are a rarity. The last reported black panther sighting in Mississippi came from a man in Washington, just north of Natchez, in 2019.

Douglas McLin said he saw a black panther on his property on Lee Drive in Bogue Chitto on January 18th. It was about 4 p.m. when the big dark cat walked across a 10 foot wide lane for ATVs he had cut behind his house. It was “as clear as a blacktop,” McLin said and leads to a 30 foot drop off of a bluff down to a creek.

McLin was working on his lawn mower and discovered the battery was dead. He brought his four-wheeler around the house, saw his black dog underneath his truck and pulled around to the back of the lawn mower. He saw a silhouette move through the trees and eased over to where he could see the cleared travel lane, killed the four-wheeler’s engine and waited.

“Out of the corner of my eye I spotted something black. I couldn’t tell what kind of animal it was at first but I knew it wasn’t my dog,” McLin said. “I waited to see what it was and I saw it was a big cat as it crossed the lane. It walked across and never picked its head up or nothing. The cat didn’t look at me. I knew it was a panther.”

He called the MDWFP office in Magnolia to report the sighting but they told him the state doesn’t have black panthers. McLin did not have a photo or a trail cam set up on his property as he no longer hunts but he does enjoy seeing the wildlife.

Sitting on the four-wheeler, he watched it and stayed as still as he could be. He didn’t have his phone with him to take a picture because he didn’t expect to see anything behind the house besides a deer or maybe a squirrel.

“It was definitely a panther. It had a long tail which curled up at the end. I seen the whole cat walk across. There was no mistaking it,” McLin said. “Maybe someone else around here has seen one or has one on their trail cams.”

Originally from Satsuma, Louisiana, McLin said he had hunted as long as he could shoot a gun. His brother used to deer hunt with dogs in the Atchafalaya Swamp and one day the dogs found a black panther scratching its claws on a bent over tree.

Over the years, he has seen bobcats and black bears. He is confident he saw a black panther on the property. McLin has lived there for the past three years. It goes down to a creek bottom with bluffs and they are close to swamp land and the Bogue Chitto River. He suspects it was traveling.

“I’ve been in the woods long enough to know I didn’t want to fool with it,” McLin said. “I know a cat when I see one. It was a panther.”

Rumors of black panther sightings, stories and tales are passed around in Mississippi but the Mississippi Department of Wildlife, Fisheries and Parks has never reported an official sighting.

Mississippi State Extension Service Assistant Professor Leslie M. Burger wrote an article in 2016 about the history of black bears and panthers in Mississippi. Black bears have made a comeback in recent years along the Mississippi River in the delta from bears moving over from Arkansas and Louisiana.

Panthers, also known as cougars or Mountain Lions and black bears, once had healthy populations in Mississippi back when the state was covered in forests and swamps and before humans clear cut timber for farming purposes, she wrote.

Bears were hunted close to extinction and panthers were forced out of the state due to over hunting and habitat loss. Panther populations reside in Florida, Texas and other states out west according to Burger’s article.

Solitary big cat sightings “are common in the southeast,” Burger wrote. “Sightings could be attributed to misidentification, released exotic pets or (rarely) animals passing through from places like Texas where lions still live.”

Bobcats, which are bigger than a domestic cat but smaller than a cougar, could be born melanistic. The genetic mutation is rare in bobcats but could be a reason behind sightings of black panthers. Black bears and black coyotes could fit the bill for a panther at a distance. MDWFP says people can send a photo of a sighting to their regional office or the Jackson office and a biologist can come out and investigate the sighting. Officially, the department states Mississippi does not have black panthers and has never had an official sighting of the animal. Have you recently spotted a black panther or have other rare sightings of animals on your trail cam? Contact The Daily Leader at hunter.cloud@dailyleader to share your story.