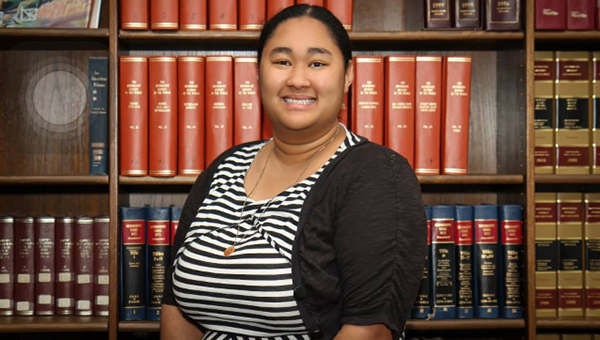 All over the country, many recent high school graduates are preparing to make the leap to college.

Two local young women are in the first generation in the their family that are making this leap and have won scholarships from the Junior Auxiliary rewarding their success in academics and volunteerism. 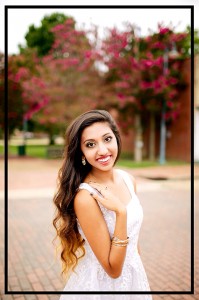 Both students said they were surprised and excited when they discovered they won the scholarships.

“When I won these scholarships, I was just so happy that I just couldn’t believe I actually won,” Kakadia said. “So many people applied for it, and out of all those people, I won.  I can’t even put it in words.” 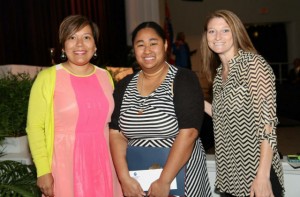 Kakadia received the Diamond Scholarship, which is given to a high school student planning to be the first person in their families to go to college. Daniels and her older brother, who is a Mississippi State student, are also the first in their family to go to college. Daniels’s parents, Ruby and Susan Daniels, said they are very proud to see their daughter pursue higher education.

“It made us very happy,” Ruby Daniels said. “Being a low-income family, we want the best for her, and she did the work that she needs to do and has taken a lot of pressure off of her parents, which I respect that and I’m very proud of that. It’s been my lifelong dream for me to see [my children] successful in life.”

Kay Kakadia, Renee’s mother, said she felt grateful for the opportunity offered to her daughter.

“When I found out she won, in my mind I immediately thanked the Lord and thanked the organization when I saw her walking to receive the award,” Kay Kakadia said. “I am looking forward to seeing her go to college.” 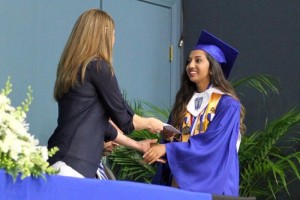 Kakadia received the Diamond Scholarship and the Will Valentine Scholarship from Junior Auxiliary this year.

Junior Auxiliary President Valarie Oglesby said the selection process for the scholarship is rigorous and point based.

“The scholarship committee takes our applications to every single high school in Lincoln County and tries to get the information out to as many children as we can,” Oglesby said. “Once the applications are turned in, we have a committee that scores the applications. The score is based on points for different components, such as grade point average, ACT score, community service hours, working and more. It leaves very little to individual interpretation and it comes straight from factual information.”

The names and schools of applicants are blacked out during the selection process and the names of the winners are kept private until the award is presented to preserve the surprise of the recipients.

The Charter Scholarship was established in 2014 and commemorates the organization’s service to the community since 1954. The Will Valentine Memorial Scholarship applicants must be nominated and is given to a student with exemplary dedication to volunteerism. The Diamond Scholarship is a new scholarship and was brought to Junior Auxiliary by Scholarship Committee Chair and former President Glenda Hux.

“We needed to be able to reach every cross section of our community and that was very important to me,” Hux said. “I know from my own experience how much scholarships can really help someone willing to put in the work to be a successful contributing member of my community.”

Both Kakadia and Daniels have logged many volunteer hours and enjoy being involved in the community. Kakadia has volunteered at Faith Presbyterian Church, Drama Camp at the Brookhaven Little Theatre, King’s Daughter’s Medical Center  and the Teenage Republicans. Daniels has spent many hours at nursing homes and Brookhaven Animal Rescue League.

Oglesby said members of Junior Auxiliary are glad to be able to help deserving students such as Kakadia and Daniels.

“It feels great to help support children like that, who at such a young age understand how important volunteerism and academics are,” Oglesby said. “And I want to thank the community, because we couldn’t do this without community support. We have tons of things we do each year. We are very proud of the scholarships and very proud of what we can give, but it is just one part of what we are and without community support, it would not be possible.”

Kakadia and Daniels are both getting ready to start their college careers: Kakadia is attending summer college at the University of Mississippi, where she plans on majoring in banking and finance. Daniels attended orientation at Mississippi State University recently, where in the fall she will be pursuing a degree in computer science.

Daniels said that though she is a bit nervous about what this new chapter of her life will bring, she is ready for the challenge.

“It’s definitely exciting but also nerve wracking,” Daniels said. “I’ve been thinking about it on a daily basis, but then I just think, “don’t worry about it and just go do it.”

Aaron LaDaniel Lyons, the man found guilty of manslaughter in the 2004 death of John Henry Deere, was sentenced to... read more