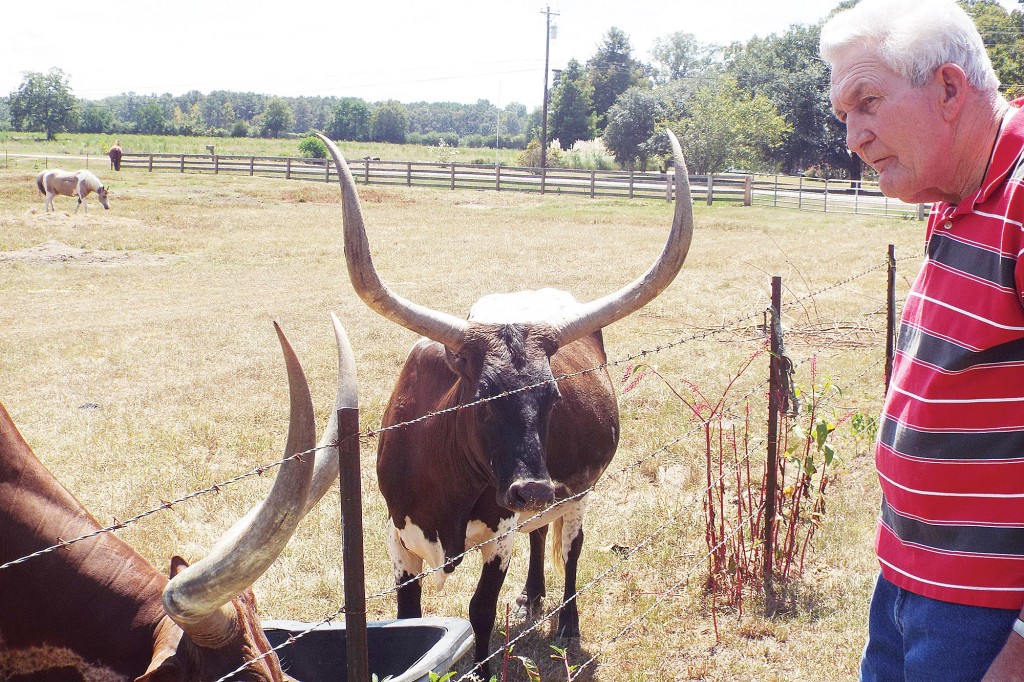 Marvin Falvey realized his childhood dream of owning Texas Longhorns and keeps them on his property on Old Red Star Drive.

Everyone has dreams. They have things they want to achieve, things that seem impossible when life gets in the way.

Marvin Falvey dreamed about Texas Longhorns. Not the football team, the actual cattle.

“Ever since I was a little boy, I saw pictures of them and I wanted one,” he said.

What little boy wouldn’t? These animals are icons of the American West.

Too often, people resign themselves to leaving their dreams behind, but they aren’t forgotten.

“I never thought I’d have one,” Falvey said. When he did, he was ecstatic. “I was excited about like a kid at Christmas.”

Falvey has had Longhorn cattle for about 25 years now. At its peak, Falvey’s herd on Old Red Star Drive had about 30 cows, bulls and steers. Falvey’s retired now, and he’s scaled back the operation, but he still owns about seven.

They can be intimidating, with horns that span up to 7 feet from tip to tip are about as thick as a man’s forearm, but they aren’t bothered by humans.

Thankfully, Longhorns are low maintenance. They are descended from wild cattle that escaped in Texas in the late 1600s, and they do a good job fending for themselves. They can live on grass in the spring and summer, and in the winter they huddle together to keep warm. Falvey remembers one calf was born in and survived through 28-degree weather.

Falvey will still come and feed them grain and salt in a trough by the fence. The Longhorns and two horses venture from their favorite shade tree. They seem wary of the horses, who get their fill first. When the horses run off, the bull pushes the cows away with his huge horns.