Living in another world 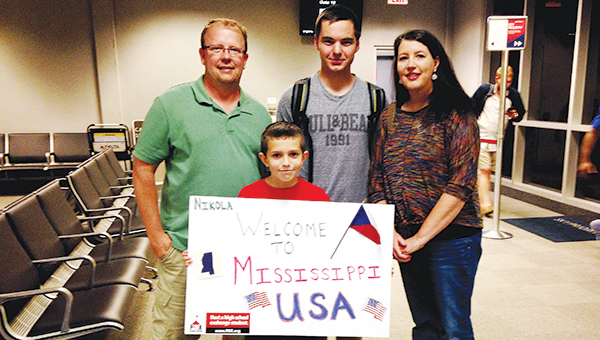 Photos submitted / Nikola Cizner, back row, center, participated in an exchange student program that brought him to Mississippi for seven months. He lived with Sam and Darlene Stewart and their son Trace.

Pressing pause on your life and moving 5,000 miles away can be a terrifying thought, but according to Nikola Cizner the experience can definitely be rewarding.

Cizner came to Brookhaven in August from the Czech Republic through an exchange student program.

For nearly seven months, Cizner lived with Sam and Darlene Stewart and their 9-year-old son Trace and attended Brookhaven Academy and learned what it was like to live in small-town America.

“It was kind of a shock,” he said. “I’m living in the capitol city in Czech and that’s a million people, and that was kind of a change. The biggest city here is Jackson, and we have at least five of them that’s that big.”

The Stewarts became involved with the exchange student program through Darlene’s high school friend. She had also been an exchange student, and Stewart kept up with her throughout the years.

“I always said that I wanted to do it, but I had to convince my husband,” she said with a laugh.

Although there was a learning curve, Cizner quickly learned the relationship between high school and sports was very different in America.

“In my country it’s all clubs you have to join. You’re not playing in high school,” he said. “I liked that connection between high school and sports.”

On Cizner’s first day he had someone ask if he would play football to which he answered no. But it didn’t take long for him to change his tune.

“It was hard like the first week in school, but then I joined the football team and then I got in everything,” he said.

Football allowed Cizner to get to know his fellow students and develop friendships. It also proved to make him a well-known character around town.

“He became a local celebrity in a small town,” Stewart said. “You could go to Walmart, and there would be people like ‘Hey Nik.’ Where he came from, he’d pass people on the street, and he doesn’t know anybody.”

Of course there were many things about school that proved to be different. Cizner said his math background in Czech schools was much more advanced than here, and he was shocked to learn that high school students were taking algebra. There were also protocol differences.

Overall, though, Cizner thinks the program benefited both sides.

“I learned about your culture, and they learned about me,” he said. “I know a lot of teachers, especially history teachers, were asking me questions because in some cases I knew more stuff about something she was saying. Friends were asking what it was like there and they got a different view of the world.

While homesickness is inevitable when you’re that far away for so long, Cizner said the only time it got really bad was during Christmas.

“Especially when we had Christmas supper I was kind of sad that I wasn’t spending it with my family,” he said.

For others looking to enroll in similar programs, Cizner said his best decision was to start communicating with his host family as soon as possible.

“It’s easier for you to get on that plane and know at least something about the people you’re going to stay with for the next few months,” he said.

Though Cizner is back home in the Czech Republic now, he already is looking to make his way back to Mississippi. He has taken his GED and applied to Copiah-Lincoln Community College, where he hopes to attend in the fall.

Stewart said saying goodbye was the most difficult aspect of the participating in the program.

“We just didn’t realize we would get so attached to him,” she said. “Our family grew to love him as our own son, and he showed the same love in return.” 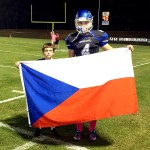 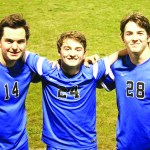 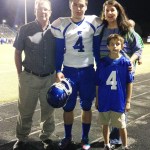 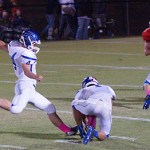 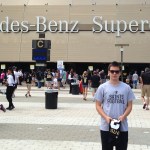 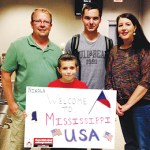 Photos submitted / Nikola Cizner, back row, center, participated in an exchange student program that brought him to Mississippi for seven months. He lived with Sam and Darlene Stewart and their son Trace.