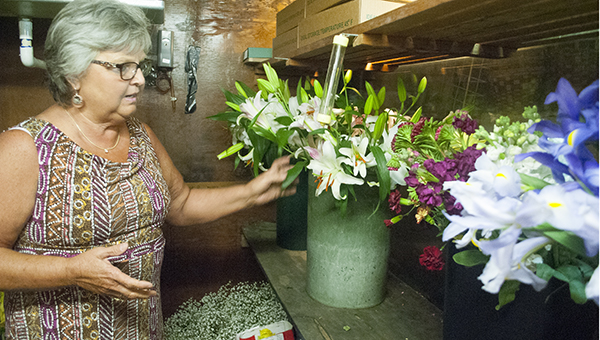 Photos by Julia Miller / Myrtle Cartwright shows off the flowers they have been prepping for two weeks in anticipation of Mother’s Day.

Each May, people from across the country ban together to give mothers an extra special day to share their love, gratitude and attention. Since becoming an official U.S. holiday in 1914, children have been showering gifts, cards and, most frequently, flowers. So what does that mean for florists around the country?

“A huge rush,” Myrtle Cartwright, owner of Bertha’s Flower Shop, said as she was preparing for the influx earlier last week.

From remembering deceased mothers with graveside flowers to honoring those alive and well with corsages for church Sunday morning, Bertha’s, located on West Chickasaw, does a little bit of everything.

“What most people don’t realize is we starting getting ready about two weeks ahead,” Cartwright said as she began pulling out flowers with blooms still closed.

As the florist gets the shipments in they must give them water and time to help make sure they open up just in time for Mother’s Day weekend. Cartwright said it can be surprising to first see the flowers, but after more than 30 years in the business she knows the flowers will be big and beautiful for the bouquets this weekend.

She said oftentimes the orders they receive are from children who live out of town — sometimes from as far away as the Congo or Russia. Delivering those flowers is always the best part of the business.

“It’s the joy of their face when they have flowers sent to them, and they don’t expect it,” Cartwright said, and of course the messages that accompany the flowers add an extra spark. “We have some of the sweetest card messages from children to parents.”

But with Cartwright surrounded by flowers in the days leading up to Mother’s Day, she said she will not be receiving any. In fact, her daughter gave her a gift early and it was a bicycle for the beach. But Cartwright’s true gift as a mother is to be able to share a passion for flowers with her daughter, Kim Carter, who also works at the shop.

Although her Mother’s Day gift did not include flowers, she was quick to point out that she does make sure she takes time to enjoy flowers in her home.

“I worked with a lady who never took flowers home,” she said. “Owning a floral shop means you can have fresh flowers everyday. I take flowers home and enjoy them.”

Cartwright’s favorite is freesia because of its scent. Most of the flowers that come from the florist do not have scents because they are grown in hothouses, which makes them safe for those who may have allergies.

Whether it’s Mother’s Day or just because, Cartwright believes it’s important for people to give flowers.

“No matter what the day is, it’ll bring a smile,” she said. “Just one single flower will bring more joy than you can imagine, whether it’s from the yard or a flower shop.” 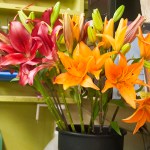 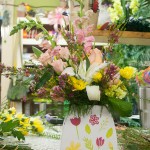 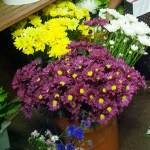 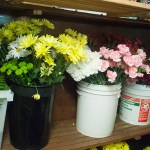 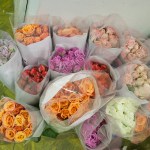