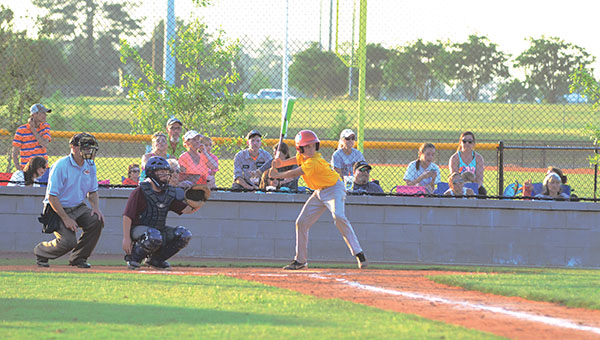 Photo by Anthony McDougle/
A batter loads up to take a swing at an incoming pitch during the early innings of a 13- and14-year-old Dixie Youth Baseball game at the Lincoln Civic Center Baseball Complex Thursday night. Enterprise won the contest 11-4 in six innings. 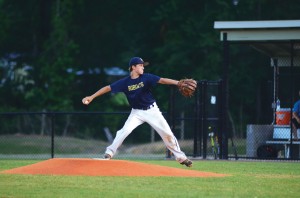 Photo by Anthony McDougle/
The starting pitcher for the 13- and 14- year-old Bogue Chitto team winds up to deliver a pitch during a contest against Brookhaven Academy Thursday night. Brookhaven Academy defeated the Bobcats 9-1 in the contest.

Birmingham, Ala. — The Mississippi Braves managed just two hits on Thursday night in Birmingham, falling to the Barons 5-2... read more