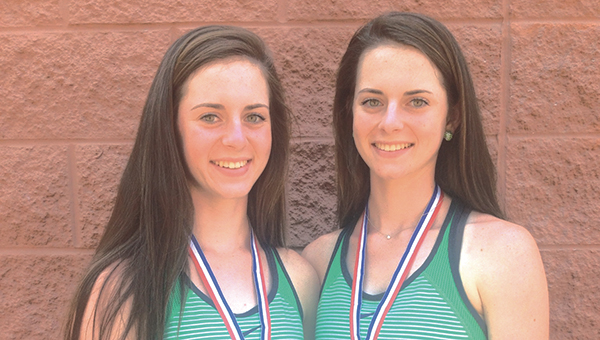 It goes without saying that the West  Lincoln duo of Kara and Katy Clark are the most dominant young ladies competing in 1A/2A tennis.

They were ranked the No. 1 girls doubles team in the class last year and  solidified that ranking by bringing home a third consecutive doubles championship in the State Individuals Championship last month.

Now, as they head into their junior year at West Lincoln, the Clark sisters have earned yet another accolade.
On Tuesday, the Mississippi Association of Coaches announced Kara and Katy Clark were on the All-State Tennis team for Class 1A/2A.

The duo also received an honorable mention All-State tennis nod from the Clarion-Ledger after last season, when they also captured the gold in doubles play.

In order to be considered for the All-State team players must be either a champion or runner-up in the MHSAA State Individual Tennis Tournament and the player’s high school coach must be a current member of the Mississippi Association of Coaches for the 2015-2016 school year.

The other members of the MAC  All-State tennis teams are listed below:

Photo by Anthony McDougle /A Bogue Chitto runner attempts to outrun the throw to first by Enterprise’s pitcher during their... read more