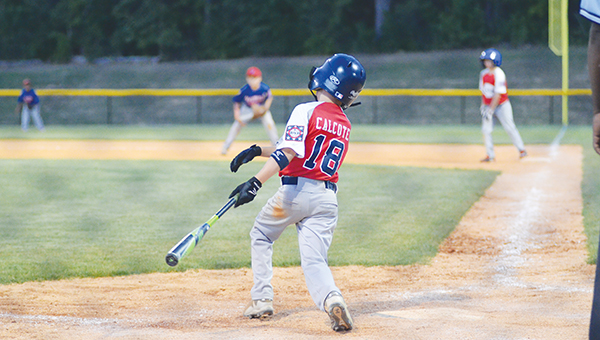 Photo by Anthony McDougle/
Lincoln American All-Stars’ left center fielder Wilson Calcote follows through on his swing in Saturday’s contest against Walthall at the Lincoln Civic Center Baseball Complex. The Lincoln Americans won the game 18-16 to force a game three in Walthall on Tuesday.

•Game 3 of  the championship series will be Tuesday  in Walthall at 6:30 p.m.

Johnny Football may be a lost cause

The day was Saturday. It was November 11, 2012. Sometimes I find myself doubling back to confirm that date. My... read more