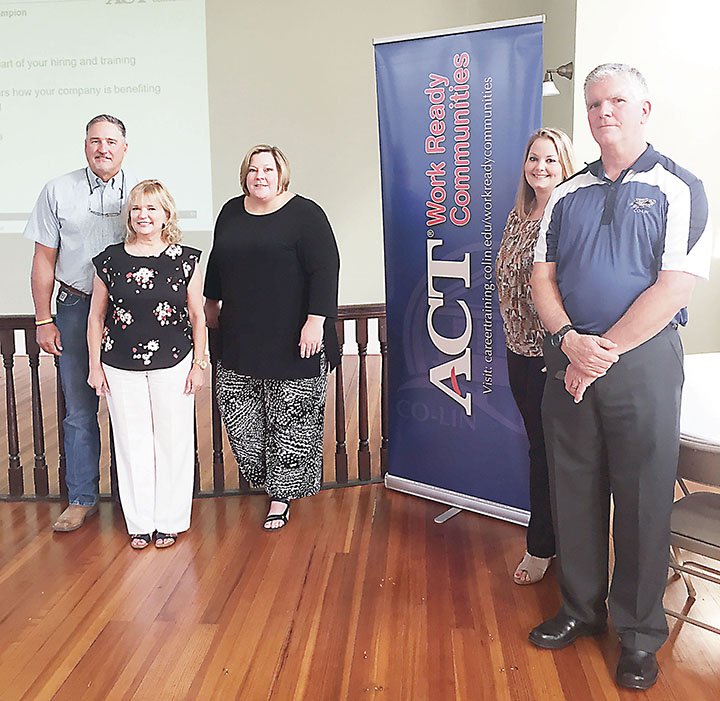 Copiah-Lincoln Community College, the city of Brookhaven and Lincoln County will launch an initiative Monday to build a more productive workforce and encourage economic growth.

Goza and Co-Lin President. Ronnie Nettles invited county officials earlier in the week when they attended the Lincoln County Board of Supervisors meeting.

The public is also invited to attend.

“Months ago, I came to y’all to ask for a resolution to approve for Lincoln County and the city of Brookhaven to become a certified work ready community,” Goza said. “We’ll we’ve started the process.”

Goza said the college and workforce officials have attended all of the required classes to launch to program in Lincoln County.

“What that means is after the launch then all of our information will begin to populate on the ACT worksite, and we’ll begin to accumulate certificates.”

At a previous meeting, Goza explained that a skills assessment test would be give to students graduating from Co-Lin or those who were currently unemployed. The information from those tests would then be compiled and made available for industries to use when searching for a new location.

Goza said the information will be an important tool in the recruitment of new industries.

“This will just be a really good tool for Lincoln County for us to begin to do more economic development recruitment,” he said. “It’s a really good thing for us.”

The benefits of participating in the ACT Work Ready Communities Initiative will be discussed at the launch, along with the recognition of the program’s sponsors.

• The board approved a bid for $94,245 from ProShot Concrete of Florence, Alabama, as the contractor to repair the existing brick channel under the intersection of Chickasaw and Church Street.

• Water Superintendent Kris Xifos reported that the Water Treatment Plant received a perfect five out of five score on its water treatment inspection in July.

• Ryan Holmes, an engineer with Dungan Engineering, reported that the airport paving and striping project information and bids have been sent to the Federal Aviation Administration for approval.

Q: Am I required to make my child go to school? A: Parents who allow their children to miss more... read more